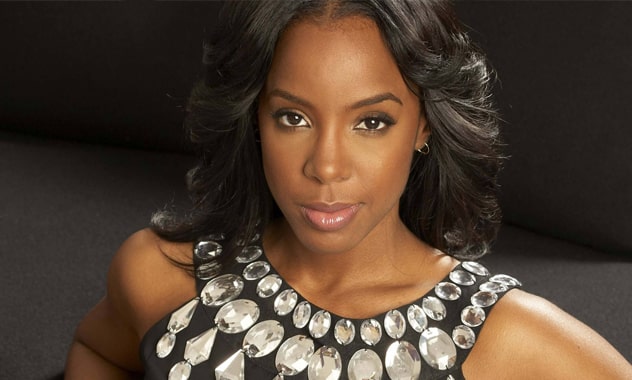 Much speculation has arisen as to whether Kelly Rowland is harboring animus toward Beyonce on her new single “Dirty Laundry.” Regardless of the verdict, however, Rowland is indeed feeling some level of emotion toward her Destiny’s Child colleague.

During a concert in Washington, D.C. on Sunday, Rowland broke down crying while performing the song, brushing tears from her eyes as she sang the lyrics “He pulled me out, he said, ‘Don’t nobody love you but me / Not your mama, not your daddy and especially not Bey’ / He turned me against my sister / I missed ya.”

After that last line, Rowland, who performed the song while sitting on a stool, bent over, placed her head in her lap and appeared to heave a bit. This continued for about 25 seconds as the crowd chanted her name.

Rowland then launched into the song’s final chorus and wiped more tears from her eyes at its close, by which point she was standing at the edge of the stage. “I am so grateful to God that I have my girls to back me up,” she said after “Dirty Laundry” was over, specifically thanking Destiny’s Child. “Dirty Laundry” features frank lyrics that detail Rowland’s complicated feelings about Beyonce, whose solo career has been exponentially more lucrative than Rowland’s or Michelle Williams.

Not that there are too many hard feelings. Rowland’s upcoming album, “Talk A Good Game,” will feature “You’ve Changed,” a collaboration between Rowland, Beyonce and Williams — but as three solo artists, not as Destiny’s Child. The song made its way online on Tuesday.