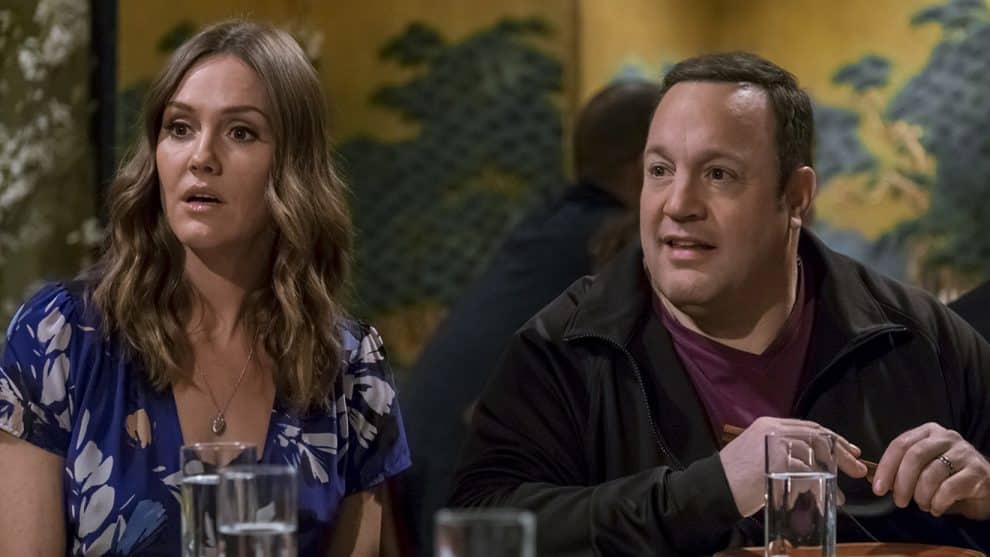 On Monday’s season premiere of Kevin Can Wait, the show revealed its new, Erinn Hayes-less incarnation. In the offseason, Hayes, who played Kevin Gable’s (Kevin James) wife Donna in Season 1, was let go to make room for the full-time return of Leah Remini, who played Kevin’s wife on The King of Queens and guest-starred on Kevin Can Wait‘s first season.

In order to explain Donna’s sudden departure, Kevin Can Wait decided to kill Hayes’ character off in between seasons. How Donna died was not explained in the Season 2 premiere and probably will never be, especially as the show moves on. It will settle into its new normal and forget Donna ever existed. Even in the premiere, her death was glossed over. Donna only got two brief mentions in the episode, one that confirmed it’s been over a year since she died and one where her daughter said she wished Mom was there, which was kind of weird because she could have been there.

#KevinCanWait killed off Kevin's wife tonight & spent less than one minute talking about her death in the whole ep https://t.co/GxvcdO0gnC pic.twitter.com/CexQHJEQ23

Erinn Hayes fans were not happy with how the show handled writing Donna off the show, and took to Twitter to vent.

Not cool at all. Donna made the show. Will no longer watch. #KevinCanWait

Some people even @-mentioned Erinn Hayes to let her know they missed her.

So Kevin Can Wait had such a good first season! Too bad I won't watch it without @hayeslady. CBS needs to not remake a show that had its day

@hayeslady deleted Kevin can wait from my DVR after 10 min of the new season. It’s horrible without you! All the best!

It’s not even that people are anti-Leah Remini, they just think Erinn Hayes deserved better.

Happy Leah is there now but I was highly disappointed in how the "death" was handled last night. It just seemed very cold.

This guy doesn’t think the show is going far enough in turning into The King of Queens.

CBS should kill off everyone else on Kevin Can Wait and bring back the entire cast of The King of Queens.

And this guy has a funny idea for a spin-off.

I'd watch a sitcom starring Erinn Hayes, about a wife who fakes her own death to get away from @KevinJames #KevinCanWait

Kevin Can Wait airs Mondays at 9/8c on CBS.