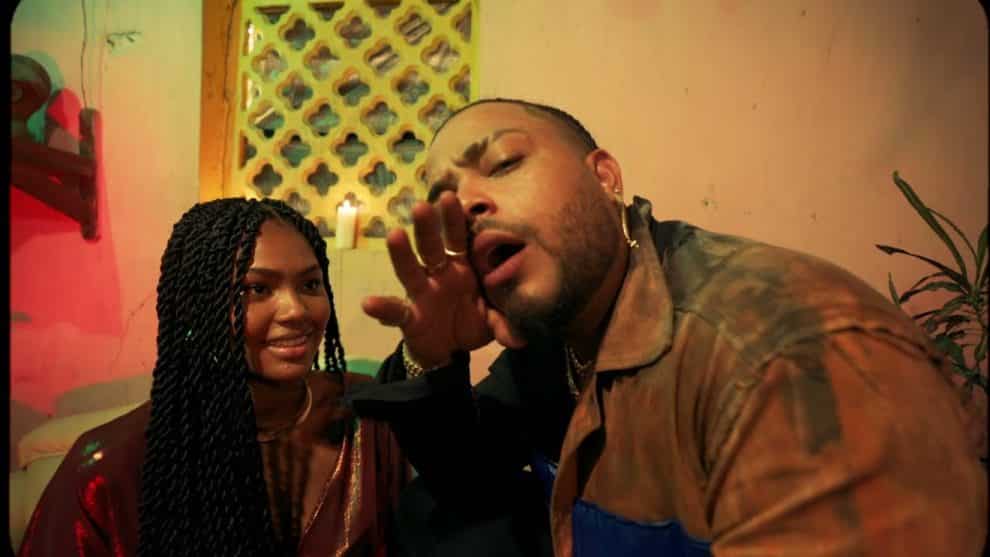 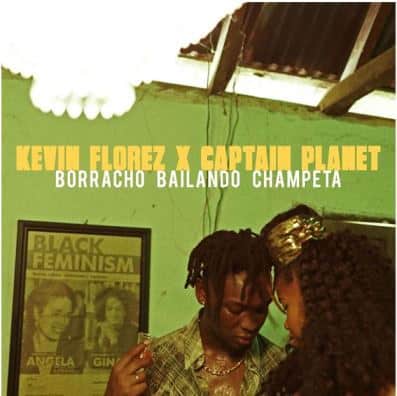 A year after his last album, “NO VISA,” the globetrotting, genre-hopping DJ and producer Captain Planet returns to the airwaves with another burst of unabashed positivity, this time teaming up with the Colombian superstar Kevin Florez. “Borracho Bailando Champeta” is a stylistic homage to the genre Champeta, which fuses African music with indigenous Colombian sounds like Cumbia and Bullerengue and incorporates Caribbean influences like Reggae and Dancehall. Originating in San Basilio de Palenque, Colombia (the first free town for liberated African slaves in the Americas) in the 1970s, the style continues to thrive around the Caribbean coast, inspiring a younger generation of musicians such as Florez, aka The Young King of Champeta. Composed and recorded in the two artists’ respective Covid cocoons in Cartagena and Los Angeles, “Borracho Bailando Champeta” is ready to close out a Summer of parties, dancing, and all-around good vibes.

Hailing from Cartagena, Colombia, Kevin Florez has been making and recording music since his early childhood – even beginning to perform at the tender age of three. By 13 he was performing around the country and being played on the radio; he recorded a jingle for a new program serving underprivileged youth launched by the Secretary of Education, and sang with the Puerto Rican Reggaeton star Don Omar. Needless to say, Florez has seen dizzying success from a young age, yet he continues to push boundaries and experiment, expanding his artistic resume from singing and dancing to include rapping and beat-boxing. He has embraced his local “Champeta Urbana” style, claiming the title of the genre’s “Young King” with hits like: “La Pikotera,” “Escápate,” and “Asómate a la Ventana” among others. His most recent album, “La Supremacía,” has racked up tens of millions of streams and includes collaborations with Nicky Jam, De La Guetto and Stanley Jackson.

Captain Planet is a world traveling DJ & music producer who blends global roots music styles with forward-thinking hip-hop, dancehall, and electronic beats. After cutting his teeth in the competitive New York City club scene, he went on to host a popular radio show on WNYU Radio, and started the globally renowned music blog www.MixtapeRiot.com. He has released 5 full-length albums featuring his trademark “Gumbo Funk” sound on Bastard Jazz Recordings, and can be heard on the soundtracks to multiple popular TV shows such as “Silicon Valley,” “Orange Is The New Black,” “Entourage,” and “CSI:NY” to name a few. Additionally, he has produced world recognized remixes for the likes of Little Dragon, Katy B, Alice Russell, Erykah Badu, Mayer Hawthorne and many more. His song “Un Poquito Más” featuring Chico Mann has earned over 2.5 million streams and was featured in major ad campaigns for Target & Honda. Inspired by the success of that song, the two artists teamed up in 2017 for a full-length collaboration album and released “Night Visions” to critical acclaim, including a mention on NYTimes “Best Songs Of The Week.” The two performed live for the globally renowned Boiler Room Sessions and on KCRW. Captain Planet’s last album, “NO VISA” was released in June, 2020, and saw critical support from The New York Times, SoundsAndColours, Electronic Groove, and many more.