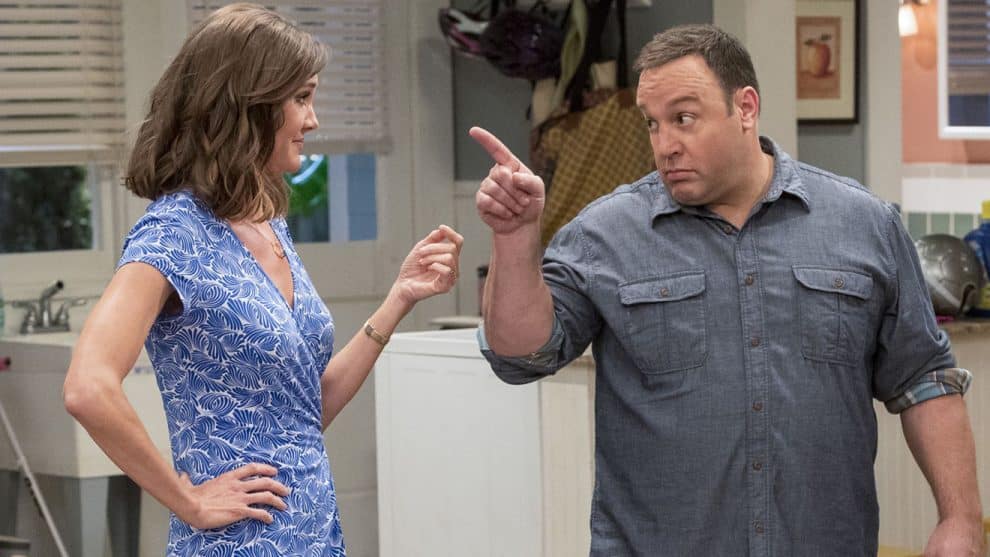 Between the first and second seasons of Kevin James’ new sitcom Kevin Can Wait on CBS, a huge change was made that has caused a lot of controversy with viewers. Erinn Hayes, the talented actress who co-starred on the show as Kevin’s wife, was written out of the show. And she didn’t just, say move to Timbuktu — the show made it a point to let us know that Kevin’s wife was dead.

In Hayes’ place as the new co-star of the show is James’ former TV wife, Leah Remini. For many years, Remini played James’ wife on the sitcom King of Queens. This has left some fans to criticize the show for seemingly killing off Hayes’ character just to bring in Remini. But according to James himself, the reason is actually much more innocent than that.

Speaking with NY Daily News, James feels that making his character a normal family man shortens the lifespan of the show. By making him a widowed father, it opens up the door for more storyline possibilities, with potential to keep the show going on for longer. From the interview:

“Now, I have to deal with my daughter in a different way, and she’s gonna go to college, or one’s getting married, or the holidays. And it deals with things in a different, weightier way.”

The article notes that the series was originally conceived with James as a single father, anyway. Though a wife was later written in, it looks like they’re just taking the series back to its original idea. And it has much more to do with writer’s block than it is anything to do with Hayes:

“If we got through a second season, I wouldn’t see us getting through a third one. We were literally just running out of ideas.”

In other words, James says we could have had a short-lived sitcom with Hayes lasting no more than two seasons, or they could write her out and try to take the series somewhere else.

New episodes of Kevin Can Wait air Monday nights at 9/8c on CBS.

P!nk Admits To Hitting Up A Bottle Before Hitting Up Eminem For Collab
After A Year Of Dating, Joe Jonas And Sophie Turner Are Now Engaged!