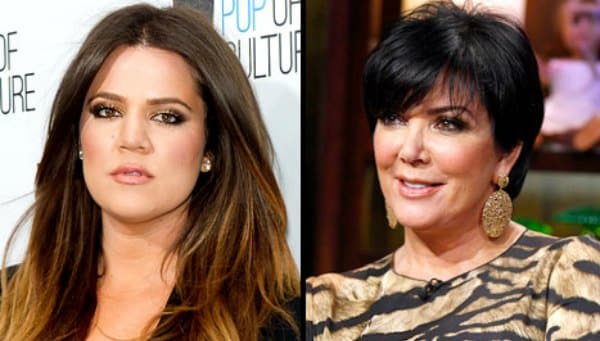 Ever since admitting she had an affair around the time her daughter Khloe was conceived, Kris Jenner has been hounding Khloe to get a paternity test to clear up, once and for all, that rumors of Robert Kardashian not being her father are untrue.

Kris was disturbed about Google alerts she has been receiving on the topic of Khloe’s paternity issues, and she wants her daughter to receive some closure, which Khloe insists she does not need. Kris explained,

“Khloe has had it with me torturing her over this swab test. I know all the rumors are absolutely ridiculous, but I know this is something she needs in order to feel complete.”

Khloe refuses to take the test because she feels this is her mother’s issue, not hers. As far as Khloe is concerned, she knows who she considers her dads, and that’s all that matters. Khloe said to her mother,

“Seriously, my dad is Robert Kardashian. My other dad is Bruce Jenner. If you f***ed other people during the same time and you do not know, go on Maury.”

Even after a doctor arrived at the Kardashian home, Khloe refused to take the swab test. She said,

“It’s not about me. It’s actually about my mom.”

Khloe even wrote a letter to her mother, explaining her reasons for not wanting the test, which her mother dismissed. Khloe wrote,

“I don’t need someone to tell me who my family is. I have had the blessing of having two phenomenal fathers. I don’t need a DNA test to prove who my father is.”

After Kris persisted, Khloe cut her off, saying,

“I appreciate your letter and it means a lot to me, [but] I am an Odom anyway. I’m not a Kardashian anymore, so let’s move on.”

Pow, Kris! I’d leave things alone if I were you. Do you really want to alienate your daughter because you’re the one who’s curious about who your babydaddy is? I don’t think you do. But then again, that wouldn’t make for an interesting show now, would it?