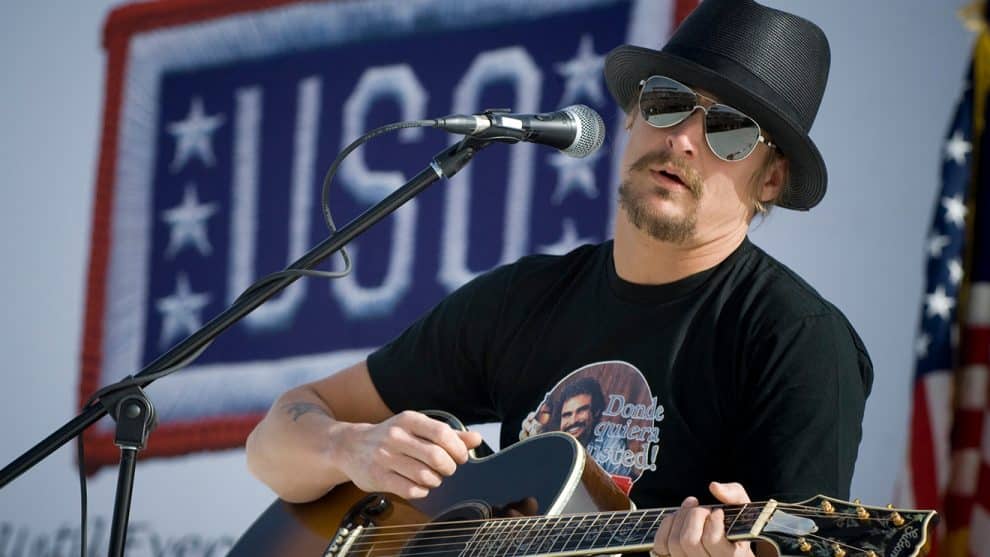 Each time a name from WWE’s past reaches the gates of the Hall of Fame, fans can’t wait to publicize their approval or rejection. But for 2018’s celebrity inductee, Kid Rock, fans only had hate.

Citing more deserving names like Fred Durst, or Cyndi Lauper, fans believe that Kid Rock jumped the Hall of Fame line. Even more, some even say that Rock’s contributions to WWE were never worthy of consideration to begin with.

Only God knows why https://t.co/Q3aDZOz11W

Kid Rock being inducted into the #WWEHOF is, on its own, a joke.

The fact that he is going to be inducted while Cyndi Lauper had yet to be even considered is an insult.

As far as celebs & wrestling go, Cyndi did a LOT more to make #WWE what it is today than Kid Rock ever has. pic.twitter.com/LuKDARmF8O

Let that sink in. Also, no regrets so far over missing this year’s Mania, so good job WWE.

In terms of celebrities who should be in the #WWEHOF over Kid Rock:
Andy Kaufman
Cyndi Lauper
Muhammad Ali
Dick Ebersol
Motorhead

Just to name a few

Do the Math…….undertaker leaves deadman outfit in ring at last years mania. Mark Callaway back as the biker Taker American Badass, to lose to Cena in a retirement match at this years mania!! With Kid Rock doing his entrance live!!

This last gentleman may be onto something. Rock’s “American Bad Ass” was used by The Undertaker during his biker phase. Seeing that The Phenom issued quite the retirement metaphor at last year’s WrestleMania, Mark Calaway only has the Biker Taker card to play.

We’ll let that theory simmer with you, but that may be the only way Kid Rock gets cheered on WrestleMania weekend. But hey, we did find one “Bawitaba” fan out there:

.@KidRock has lent his signature sound to many @WWE events over the years. His support of our Superstars, events and commitment to our troops has been unwavering. For that and more, welcome to the celebrity wing of #WWEHOF. pic.twitter.com/sMwok8jklH