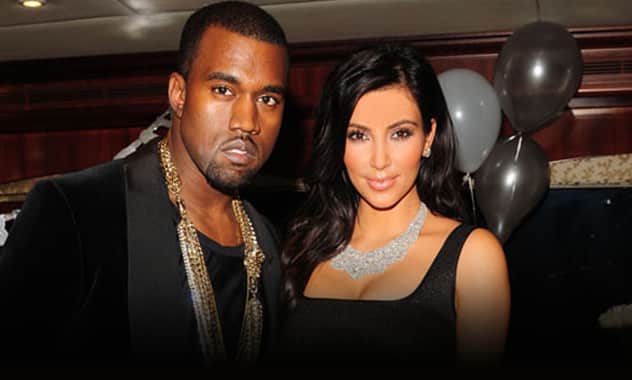 Kim Kardashian and Kanye West got engaged last night in front of friends and family at San Francisco’s AT&T Park, according to E! News.

Now, here are all the romantic details of how the “Yeezus” rapper popped the question on Kardashian’s 33rd birthday.

West first asked Kris Jenner, Kim’s mother, for her blessing before he got down on one knee and presented Kardashian with a 15-carat diamond ring by jeweler Lorraine Schwartz, according to E!, the network that broadcasts the family’s hit show “Keeping Up With the Kardashians.”

Having rented out AT&T Park – a baseball stadium – for the occasion, Kanye blasted “PLEEEASE MARRY MEEE!!!” on the Jumbotron and the reality star said, “Yes.”

West was not done yet. A 50-piece orchestra played Lana Del Rey’s “Young and Beautiful” then one of Kanye’s own songs, “Knock You Down,” where one of the lyrics is “Sometimes love comes around and it knocks you down.”

After the proposal, Kardashian’s friends and family came out of the park’s dugout to greet her.

E! News caught up with Kris Jenner after her daughter’s romantic engagement.

West and Kardashian, who went public with their romance in 2012, are already parents to baby North West, who was born June 15.

This will not be the first wedding for Kardashian, who was married twice before – to NBA player Kris Humphries and music producer Damon Thomas.

A request for comment from ABC News to Kardashian’s rep was not immediately returned.