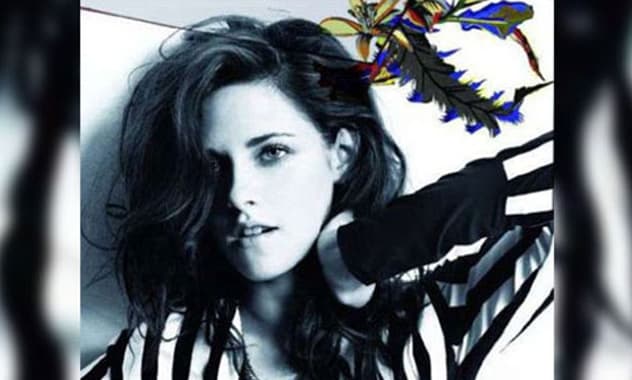 The simplistic ad features Stewart striking a fierce pose in a black and white striped top with tousled hair.

And we have to say…she looks stunning.

So, tell us…what do you think of Stewart’s latest ad?

Sound off in the comments.