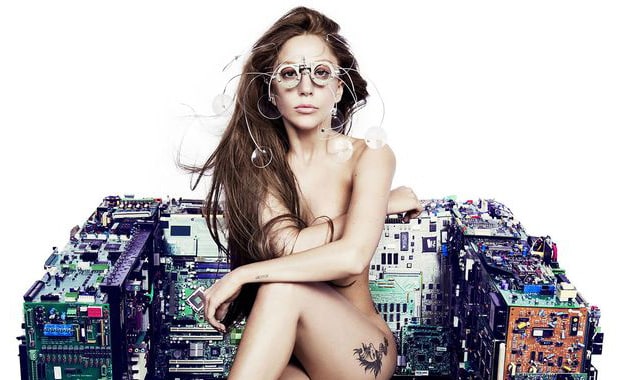 But on the artwork for her new single “ARTPOP,” she’s foregoes an inventive getup for her birthday suit.

The photo, which the singer tweeted to promote the song on Saturday, shows Gaga wearing nothing but a pair of bizarre goggles and some black boots. She sits on what looks like a chair made out of circuit boards.

Gaga, 27, has been out of the spotlight thanks to an injury that required her to undergo hip surgery earlier this year. “ARTPOP” marks the first new material for her since her 2011 album “Born This Way.”

The pop star will release “ARTPOP” on August 19 and debut the song live at the MTV Video Music Awards on August 25.