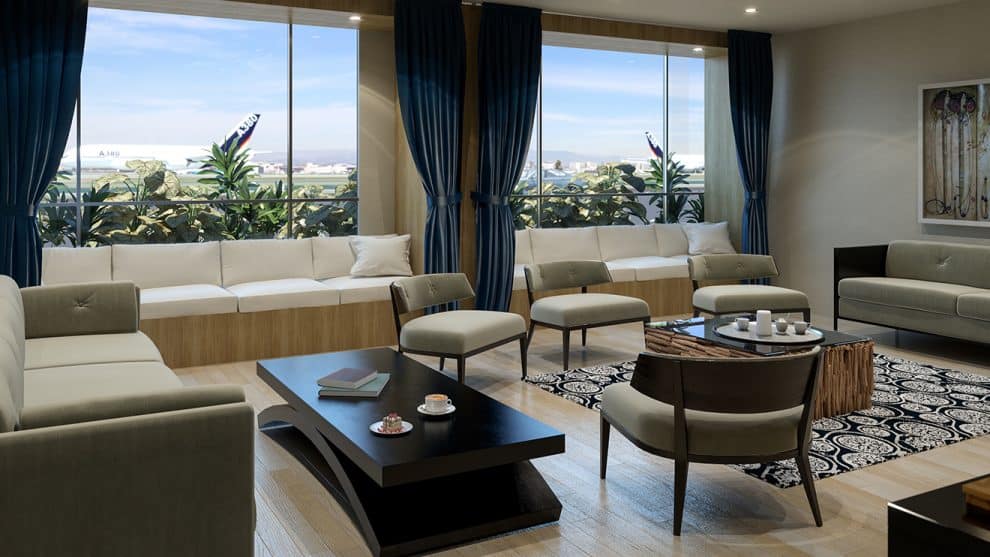 Celebrities traveling in and out of Hollywood now have a little respite from the paparazzi and crowded security lines — a private airport terminal.

The Los Angeles International Airport (LAX) on Monday opened its “Private Suite” with a gate entrance away from traffic surrounding the airport. Members of the facility, which is the first of its kind in the country, get exclusive accommodations with a two-person daybed, a serviced food pantry, and their very own bathroom, before a BMW sedan drives them “Head-of-State style” across the tarmac to the aircraft, according to the Suite’s website.

And you don’t actually have to be a celebrity to gain access to the private terminal — just pretty wealthy.

The Private Suite’s membership costs $7,500 a year, plus $2,700 in service fees per domestic flights up to four people; $3,000 for international, according to the website. And there are additional perks: Members can book pre-flight flight massages, manicures, hair and makeup appointments at no additional cost. You can even have a concierge doctor meet you at the suite upon arrival.

A number of fliers seem to find the membership fees justifiable. More than 1,200 memberships have been sold to date, a spokesperson from the Private Suite told Fortune.

The service claims it reduces the number of footsteps from car seat to plane seat from 2200 to 70. But members will still be flying commercial along with economy and business class passengers.

The Private Suite is the brainchild of consulting and service firm Gavin de Becker & Associates, according to the suite’s website, which says it protects “many of the world’s most prominent people.”