An extremely rare and valuable Beatles record that was found languishing in a loft is to be auctioned next month, the BBC reports.

Described as “a Holy Grail item”, the 1962 10-inch record of Till There Was You and Hello Little Girl lay forgotten in the home of Les Maguire for decades.

Maguire, the keyboardist in fellow Liverpool act Gerry and the Pacemakers, said it could be seen as the record “that sparked The Beatles’ success”.

The acetate bears the handwriting of the Fab Four’s manager Brian Epstein. 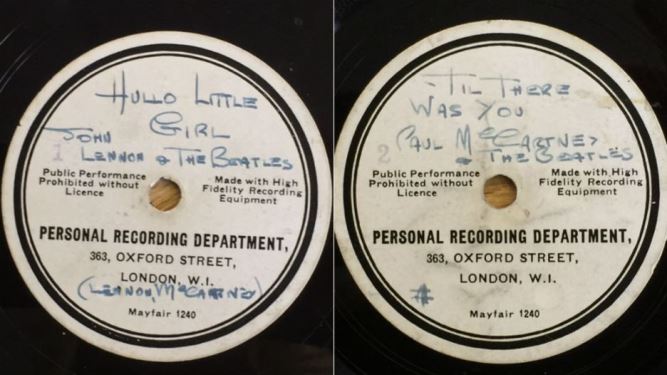 A conservative estimate is that the 78 RPM record – the first Beatles disc to be cut before the band broke through into the national charts in late 1962 – will fetch upwards of £10,000 when it is auctioned, although it is such a rare item it is difficult to predict what the sale price will be.

The record of Til There was You – labelled as being the work of “Paul McCartney & The Beatles” – was made at the HMV store in Oxford Street, London, and presented to future Beatles producer George Martin at the EMI record label in a bid to secure the band a recording contract.

Hello (misspelled by Epstein as “Hullo”) Little Girl, on the other side of the disc, was recorded as being the work of “John Lennon & The Beatles”.

Maguire, 74, of Formby, Merseyside, was given the disc by Epstein in 1963 after it had been returned to him by Martin.