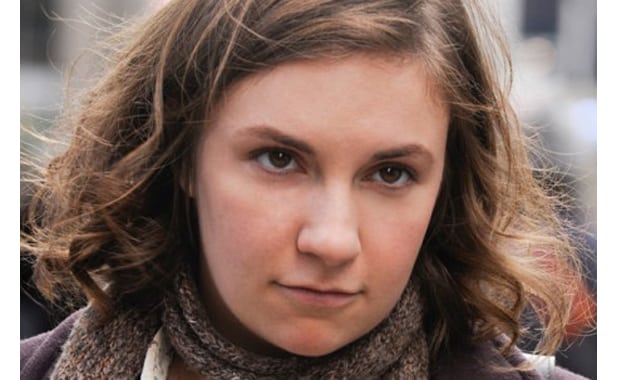 In only four weeks since “Girls” premiered on HBO (Sundays at 10:30 p.m. ET), Lena Dunham’s half-hour comedy about post-college life in New York City has experienced virtually every phase of the TV hype cycle. Critics praised it as groundbreaking and important before it even premiered, but it quickly became alightning rod of controversy and discussion as viewers have zeroed in on its lack of diversity, privileged characters and awkward sex scenes.

NPR’s “Fresh Air” interviewed Dunham on Monday to discuss her reaction to those criticisms. Dunham, the creator/writer/producer/director/star of “Girls,” said she didn’t write any African-American characters into the show’s intensely-personal first season because she didn’t know any members of that community well enough to authentically portray their experience.

I am a half-Jew, half-WASP, and I wrote two Jews and two WASPs. Something I wanted to avoid was tokenism in casting … Not that the experience of an African-American girl and a white girl are drastically different, but there has to be specificity to that experience [that] I wasn’t able to speak to. I really wrote the show from a gut-level place, and each character was a piece of me or based on someone close to me. And only later did I realize that it was four white girls. As much as I can say it was an accident, it was only later as the criticism came out, I thought, “I hear this and I want to respond to it.” And this is a hard issue to speak to because all I want to do is sound sensitive and not say anything that will horrify anyone or make them feel more isolated, but I did write something that was super-specific to my experience, and I always want to avoid rendering an experience I can’t speak to accurately.

In an interview with HuffPost TV in April, Dunham expressed concern that “Girls” would be viewed as an example of “hashtag white people problems.” She explained, “We really tried to be aware and bring in characters whose job it was to go ‘Hashtag white people problems, guys.’ I think that’s really important to be aware of. Because it can seem really rarified. When I get a tweet from a girl who’s like, ‘I’d love to watch the show, but I wish there were more women of color.’ You know what? I do, too, and if we have the opportunity to do a second season, I’ll address that.”

“Girls” producer Judd Apatow also addressed the diversity criticism in an interview with HuffPost TV. “The show will be on for a long time, so there’s plenty of time to have every type of person on the show,” he said.