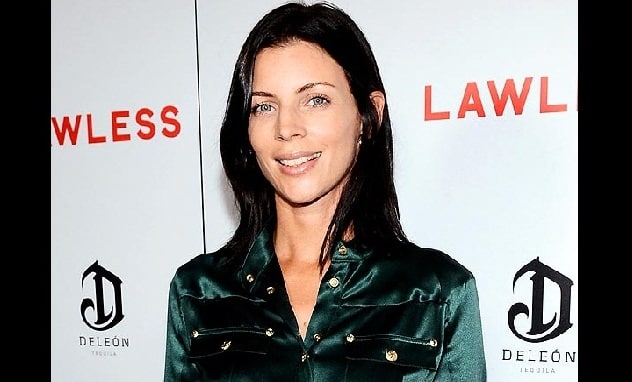 Liberty Ross is back—and looking better than ever.

A little over four months since the British model’s world was turned upside down following the news that her husband and Snow White and the Huntsman director Rupert Sanders had an affair with lead actress Kristen Stewart, the 33-year-old beauty is fronting a new Christmas campaign for British fashion retailers Aubin & Wills, and she looks stunning in every shot.

Ross has a mysterious aura as she flaunts her killer bod in the sultry shots and rocks lacy black shorts, a white silk top and bare feet in one of the photos from the campaign.

In another, she sports dark wine-stained lips, tousled hair and a lacy black shirt as she shows off her serious sex appeal.

This is the last campaign blast for the British retailer, as the company is reportedly going out of business.

Since the news of the Snow White cheating scandal, Ross and her husband have been spotted attending counseling sessions, suggesting there might be a reconciliation in the works for the couple.

Meanwhile, Stewart and boyfriend Robert Pattinson have seemingly worked out their differences, having just wrapped a a whirlwind press tour for Breaking Dawn Part 2.