NOMINATED FOR THREE ACADEMY AWARDS® INCLUDING BEST PICTURE, PAUL THOMAS ANDERSON’S COMING-OF-AGE LOVE STORY IS AVAILABLE TO OWN ON BLU-RAY™ & DVD FOR THE FIRST TIME WITH NEVER-BEFORE-SEEN BONUS CONTENT AND LIMITED-EDITION POSTER! 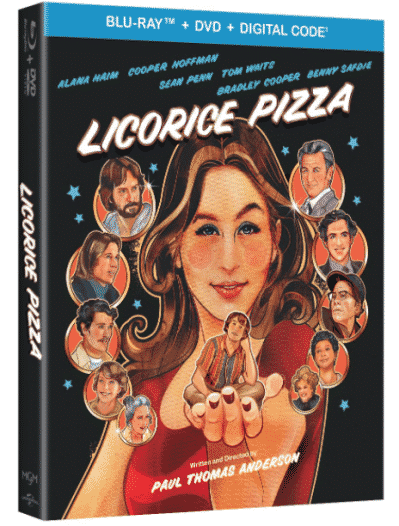 OWN IT ON BLU-RAY™ AND DVD MAY 17, 2022
FROM METRO GOLDWYN MAYER (MGM)
AND UNIVERSAL PICTURES HOME ENTERTAINMENT

Universal City, California, April 5, 2022 – Alana Haim, from the Grammy® nominated musical group HAIM, and Cooper Hoffman deliver incredible star-making performances in LICORICE PIZZA, available to own for the first time on Digital now and on Blu-ray™ and DVD May 17, 2022 from Universal Pictures Home Entertainment. From multi-Oscar® nominated director, writer, producer and cinematographer Paul Thomas Anderson (Boogie Nights, Phantom Thread), the Rotten Tomatoes Certified Fresh film received an impressive score of 90% and is hailed by critics as “unforgettable,” “laugh out loud hilarious” (Deadline) and “magical” (Indiewire). A delightful depiction of one of life’s most treasured feelings, MGM’s LICORICE PIZZA on Blu-ray™ and DVD includes a special limited-edition poster and double-sided cover art. Additionally, viewers can go behind-the-scenes with all-new bonus features such as camera tests, a deleted scene and in-universe commercials featuring cast and crew exclusively on the Blu-ray™ and DVD.

LICORICE PIZZA is a timeless story of Alana Kane (Haim) and Gary Valentine (Hoffman) growing up, running around and falling in love in the San Fernando Valley in 1973. Nominated for over 180 awards to-date including three Academy Awards®, eight Critics Choice Awards, and a total of 22 Best Picture nominations, the film is “an exhilarating reminder of what joy is like” (The New Yorker) and “reminds us why we love movies so much” (Slashfilm).

With the purchase of LICORICE PIZZA on disc, fans are eligible to earn points towards special rewards via the Universal All-Access Rewards program. Members can redeem their points for digital movies, signed collectables, box sets, win exclusive prizes and more! For FREE registration and details please visit www.MyUniversalRewards.com.

LICORICE PIZZA will be available on Blu-ray™, DVD and Digital. 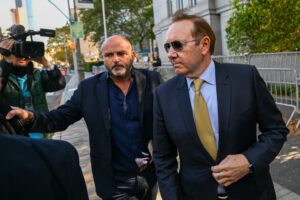 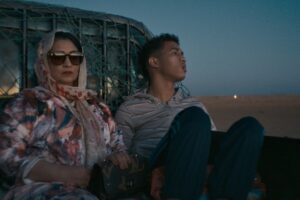 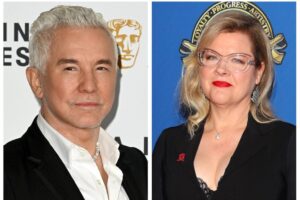