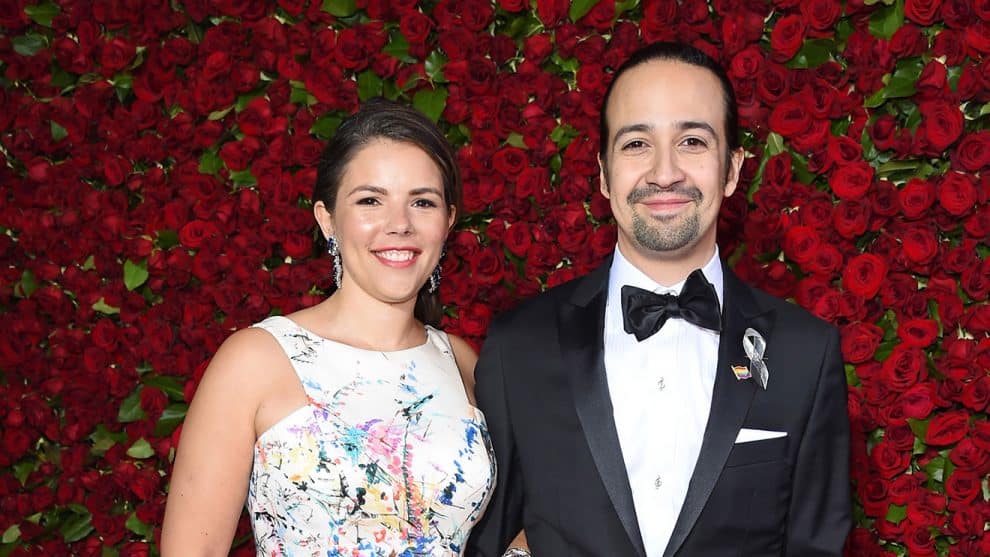 Broadway baby! Lin-Manuel Miranda and his wife, Vanessa Nadal, are expecting their second child together. The couple announced the news when Nadal showed off her baby bump at the 2017 London Evening Standard Theatre Awards in London on Sunday, December 3.

The Hamilton creator, 37, and Nadal walked the red carpet outside the Theatre Royal. The Tony award-winning actor wore a black suit while the attorney and engineer wore a sleeveless purple dress detailed with gold embellishments.

“Secret’s out! Thanks, red carpet!” Miranda captioned a photo of the pair from the event on his Facebook page. “Sebastian’s gonna be a big bruddah!”

Miranda and Nadal tied the knot in 2010 and are already parents of 3-year-old son Sebastian. They met when they both attended Hunter College High School in Upper Manhattan.

“She was gorgeous and I’m famously bad at talking to women I find attractive,” Miranda told The New York Times in September 2010. “I have a total lack of game.” They’d later reconnect when Miranda came across her on Facebook and invited her to his upcoming Freestyle Love Supreme show.

“I was so shy I asked a friend of mine to get her phone number,” he recalled. Nadal added: “When he came onstage, I thought, I really like this guy. He was up there free-styling and weaving rhymes together. It’s pretty impressive. He’s really, really smart.”