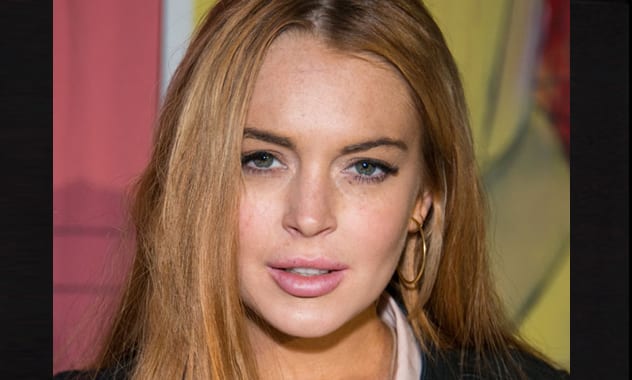 Lindsay Lohan was assaulted in the New York City hotel room where she was staying Sunday morning, by a man she met at Chelsea nightclub 1 Oak, WNBC reports.

Law enforcement officials told WNBC that the “Mean Girls” star began arguing with the man, identified as California resident Christian LaBella, over photographs he took of Lohan with his cellphone that she wished to delete. The altercation took place in Lohan’s 15th floor room at the Union Square W Hotel in Manhattan, while a few of Lohan’s friend were present.

Lohan reportedly told police that when she confronted LaBella about the photos and confiscated his phone at approximately 4:30 a.m., LaBella responded by throwing her on the bed, leaving scratches on her hands.

Sources told TMZ that Lohan ran out of the room, and Lohan claims when she later returned, LaBella choked her, then threw her on the ground and climbed on top of her.

TMZ’s sources say that one of Lohan’s friends was able to pull the man away. Lohan then pulled the fire alarm to call for help. Cops arrived at the hotel and arrested LaBella on two misdemeanor counts of assault and two charges of harassment.

The actress’s father, Michael Lohan, told the New York Daily News that he has not been able to reach Lindsay. As for LaBella, he says, “Wait ’til I get this guy.”

This is only the latest incident in what is turning out to be a stressful month for Lohan. Less than two weeks ago, she was arrested in NYC after allegedly tapping a pedestrian with her Porsche and fleeing the scene. And just last week, she was hospitalized for an asthma-related issue after a weekend of partying.

UPDATE: 9/30/12, 6:30 p.m. ET –The Wall Street Journal reports that criminal charges against LaBella have been dropped. LaBella now only faces a harassment complaint, but according to a law-enforcement official, he cross-filed the same complaint against Lohan.