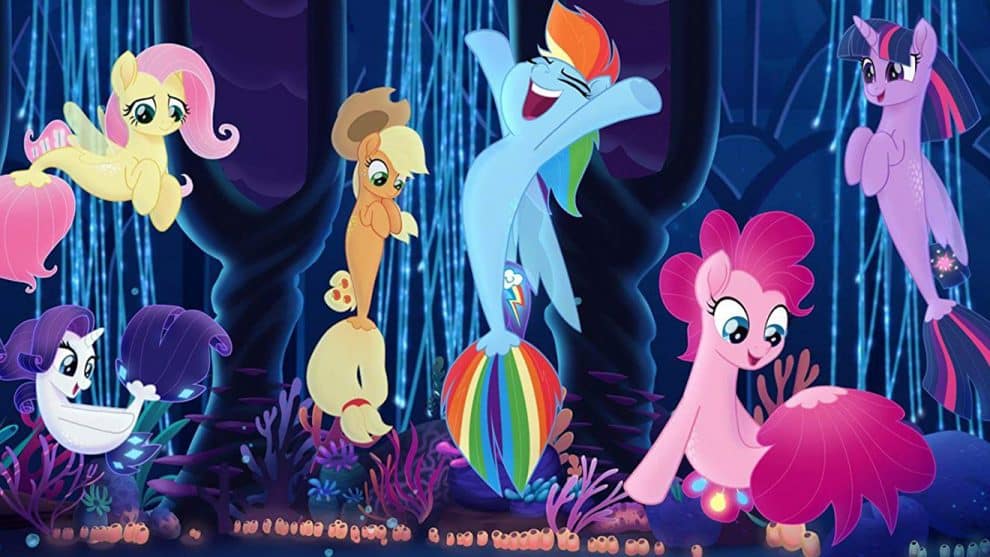 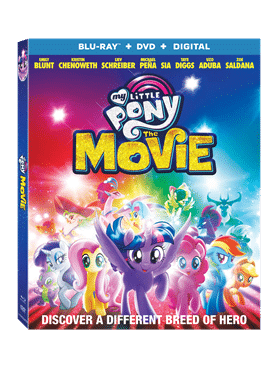 Directed by “My Little Pony” veteran Jayson Thiessen (“My Little Pony: Friendship Is Magic”) and including original music and songs performed by Sia, Taye Diggs, Zoe Saldana, Kristin Chenoweth, and Emily Blunt, My Little Pony: The Movie is full of music, fun, and laughter for the whole family. The My Little Pony: The Movie Blu-ray and DVD include all-new special features, including a deleted scene, a music video, three featurettes starring the Mane 6, an exclusive Equestria Girls Short and a Hanazuki short, and will be available for the suggested retail price of $29.95 and $39.99, respectively.

A dark force threatens Ponyville, and the Mane 6 – Twilight Sparkle, Applejack, Rainbow Dash, Pinkie Pie, Fluttershy, and Rarity – embark on an unforgettable journey beyond Equestria where they meet new friends and exciting challenges on a quest to use the magic of friendship to save their home.