Video games have come a long way in a fairly short amount of time as a medium, growing from arcade time-killers to a billion-dollar worldwide industry that’s spawned hundreds of franchises and characters as burned into the pop-cultural psyche as those of movies, television, comics, etc. Popular games may come and go, but when it comes to durability few can match the monster-collecting series Pokemon, which has been going strong not only as a gaming franchise but a force to be reckoned with in the world of Anime, manga, trading cards, and toys since launching in 1995. Currently celebrating its 20th anniversary, the series remains one of the most globally recognized brands ever created.

Now, the people behind Pokemon have decided they want a live-action movie — and three of the most powerful studios on the planet are currently battling to be the one who gets to make it happen.

The Pokemon Company, which controls the franchise based on the games developed in partnership with Game Freak and Nintendo, has been actively seeking a major film studio to take up the reins of a proposed live-action take on the Pokemon universe, which has thus far inspired 19 (and counting) animated features since 1998. The film rights have been offered up in what’s being described as a “top-secret auction,” which had reportedly most-recently come down to bids from Warner Bros. and Sony — two of the film industry’s most powerful studios. But reports now suggest negotiations may have been upended by the interjection of a potent newcomer: Thomas Tull’s independent outfit Legendary Entertainment.

What’s significant about Legendary’s interest in the property is that they only recently became powerful enough to make waves in a bidding war with financial stakes as high as those supposedly attached to the Pokemon IP. The onetime independent outfit was purchased for $3.5 billion by Chinese mega-corporation Dalian Wanda in January, making it the most powerful arm of Chinese-backed filmmaking in the international movie business. According to THR, that fact has complicated matters considerably given ongoing political tensions between China and Japan, where Pokemon and its characters are regarded as beloved national creations. According to the report:

“There have been long simmering political tensions between Beijing and Tokyo, which most recently peaked with Japan’s criticism of China’s territorial ambitions in the South China Sea. Those pressures have also led to a cultural strain between the two countries in which China effectively banned Japanese films for three years, which was only recently broken.”

Legendary has not commented on the matter. Though it has financed films in multiple genres, the studio’s focus on monster movie franchises like Pacific Rim, Godzilla and the upcoming King Kong reboot is said to be what attracted the interest of the China-based real estate conglomerate’s investors, as such films have proven especially popular with Chinese audiences. Legendary also has another big-name video game adaptation hitting this year in Warcraft, and is backing the Chinese/American co-production of Zhang Yimou’s The Great Wall, a big-budget 3D historical fantasy with Matt Damon and Andy Lau that is said to imagine the Great Wall of China as having actually been built to repel an attack by supernatural monsters.

Whichever studio wins the rights, striking a deal for a live-action Pokemon movie will be another big coup for the franchise, which has been having a banner 20th anniversary. Along with two new games in the main series selling big numbers for the Nintendo 3DS console, the arcade-style fighter Pokken Tournament making waves with Wii U gamers and Detective Pikachu a growing cult-hit in Japan, a new animated feature is set to hit Japanese theaters in July. Nintendo and The Pokemon Company are also prepping the global release of the smartphone-based spin-off Pokemon Go, a geocaching-style app that’s had fans excited for almost a year since its surprise unveiling. 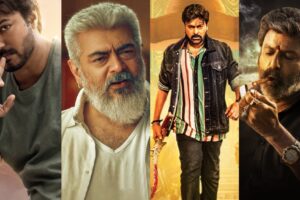 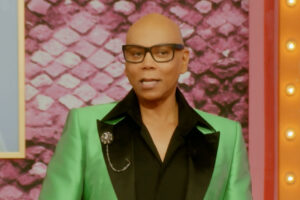 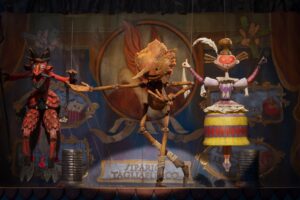