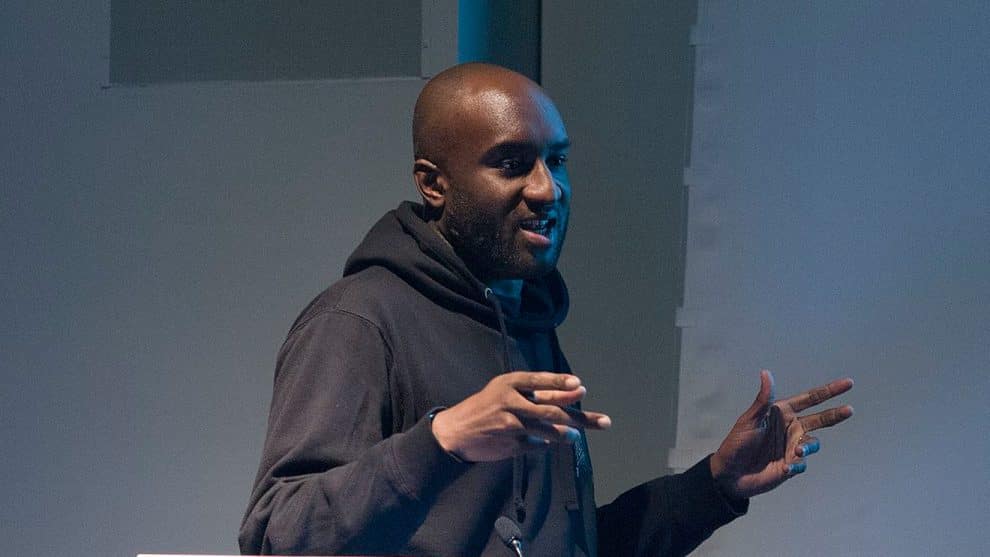 Off-White founder, Kanye West’s creative director, designer of coveted sneakers, obsessive collaborator, art exhibitor, serial quote user, and DJ Virgil Abloh is adding another gig to that list, and it’s a big one. Louis Vuitton announced Monday morning it’s bringing on the multi-hyphenate to end all multi-hyphenates as its new artistic director of menswear. “I think of it as kind of the ultimate collaboration,” Abloh told The New York Times.

Louis Vuitton is one of the oldest and, with its repeating LV pattern, most recognizable names in luxury fashion. Abloh is the mega-hyped designer of the moment whose touch can turn diagonally striped T-shirts and sneakers with zip ties on them into items that guys froth at the mouth over. His hiring is not a shock considering the type of menswear Vuitton’s marketed in over the past year or so but signals exactly where the label wants to go moving forward. “Virgil is incredibly good at creating bridges between the classic and the zeitgeist of the moment,” Michael Burke, chief executive of Louis Vuitton, told The New York Times.

And while Vuitton has been around since 1854 and has sold a whole lot of handbags, hiring Abloh is a continuation of the direction the house has been moving in over the past years. Abloh’s predecessor Kim Jones, who departed the house in January and just landed at Dior Homme, also designed sneakers with Nike, experimented with sportswear, and connected Louis Vuitton to cultish skatewear brand Supreme. Abloh, who is known for his best-selling streetwear, should push Vuitton further down that road. “This opportunity to think through what the next chapter of design and luxury will mean at a brand that represents the pinnacle of luxury was always a goal in my wildest dreams,” Abloh said.

The Off-White designer said he’s already laid the groundwork to go into the legendary fashion house and blow some stuff up. That means reconsidering how Vuitton engages with politics, how it releases product—could we see streetwear style “drops” from the label?—its runway shows, and an entirely new way of thinking around the brand. Abloh tells The New York Times he’s compiling an eight-page “brand manual” to “define new codes” at LV.

We’ll have to wait to see exactly what that looks like, but Vuitton should get used to the off-the-charts hype it generated with its Supreme collaboration. Kids queued up in massive lines just to see Abloh’s recent art gallery with Takashi Murakami and throngs of people turned up outside his latest Off-White fashion show in what at least one outlet described as a “crushing mob scene.” He’s even experimented lately with distributing his hype a little more widely, with the likes of Sunglass Hut.

The announcement carries the shock of the new, but it’s not exactly a surprise: Over the past few years, Abloh’s has been attached to every vacant designer job. Abloh was so heavily linked to creative directorships at Givenchy and Versace that both labels had to release statements explicitly denying the rumors. But Abloh has long lusted after the head job at a luxury house, telling Business of Fashion in 2016 that “the end goal is to modernise fashion and steer a [fashion] house, because I believe in the modernisation of these storied brands.” None of those earlier jobs materialized though and some high-profile critics, like designer Raf Simons, wondered aloud about Abloh’s chops as a designer. Louis Vuitton will give Abloh a high-profile platform to quiet the doubters.

Abloh says that his new role with Vuitton won’t stop him from designing for Off-White but the man with the legendarily long resume said that he won’t have the same time for all the jobs he once held. In order to get in the necessary time at the Louis Vuitton design studios, it’s the late night DJ sets that will probably have to go.

Louis Vuitton hired Kim Jones, its last menswear designer, back in 2011. That’s only seven years ago but the fashion world looked completely different. For starters, Abloh wouldn’t even launch his design debut Pyrex Vision for a couple more years and streetwear in general hadn’t seized fashion the way it has in 2018. Abloh is transcending that streetwear tag, though, and his appointment makes him the first black artistic director at Louis Vuitton and one of the few at the top of Europe’s luxury houses (Balmain’s Olivier Rousteing is the one of the very few exceptions). He has celebrities like Pusha T, 2 Chainz, and Diddy celebrating the news on Instagram. Fashion seems to finally be changing and Abloh’s hiring has the culture pointed in the right direction.