Mad Max: Fury Road is a filmic fever dream of high-octane action perfection. From start to finish, it’s thrilling, it’s funny, it’s gorgeous, and it’s wonderfully weird, and despite an incredible dearth of dialogue, it’s actually quite moving in places, too. Where other movies would develop character and build worlds and move the plot forward with pages upon pages of expository dialogue, this one does all of the above with just a handful of words, some incredible visuals, and a whole lot of facial expressions. Basically, Fury Road is a masterpiece of minimalistic storytelling, and the most satisfying movie I’ve seen in years.

And if it’s successful enough, God willing, it’s going to get a sequel called Mad Max: The Wasteland.

Co-writer/director George Miller was recently on The Q&A with Jeff Goldsmith (viaThe Playlist) podcast, where he talked about Fury Road and its potential sequels. Here’s what he had to say:

We’ve got one screenplay [for the second film] and a novella [for the third]. It happened because with the delays [on ‘Fury Road’], and writing all the backstories, they just expanded. [The second one] is called ‘The Wasteland.’ ‘Mad Max: The Wasteland.’

The fact that George Miller has already begun developing sequels to Fury Road isn’t really news. Indeed, we’ve known that was the case going back to 2010, when Miller said that two sequels were in the works – as a result of creating backstories for the characters in Fury Road – and that the second one would be titled ‘Furiosa’ after Charlize Theron’s character.

So the news here, then, is that the next film is (apparently) no longer titled Mad Max: Furiosa, but will instead be titled Mad Max: The Wasteland. Whether or not that means it’s an altogether new idea/film or the same idea/film with a new title is unclear, though one presumes there’s some connection. After all, Miller’s been a bit too busy making Fury Road to craft an all-new script for a follow-up.

I’m sort of torn on what I want to see in a sequel. On the one hand, I loved Furiosa – and Charlize Theron’s performance – and would love to see that character return to the big screen. Furthermore, there’s something really enjoyable about Theron and Tom Hardy’s chemistry onscreen together (I’m not talking about romantic chemistry) that I’d love to see explored further.

On the other hand, no Mad Max film has ever seen Max cross paths with characters from a previous film, and I kind of like how the character just gets caught up in different people’s stories from time to time. It adds to his power as a mythological figure in the apocalyptic world that George Miller has created. Having him essentially return to – and extend – the story of Fury Road seems a little too conventional for these films. But whatever – at this point, Miller has earned the right to make whatever kind of Mad Maxmovie he wants.

The only question now is: Will Fury Road make enough money to warrant a sequel? An opening weekend box office haul of $45 million domestic (and $109 million worldwide) for an R-rated sequel to a 40-year-old franchise is impressive, no doubt about it. But Fury Road was a not a cheap film. Its reported production budget is $150 million, and with reshoots and the time it took to get to theaters, I wouldn’t be surprised if that number is closer to $200 million.

Hopefully, universal critical acclaim and excellent word-of-mouth will give the film some staying power. But hell, even if we never see a sequel, at least we got – legitimately – one of the greatest genre movies ever made out of the deal. 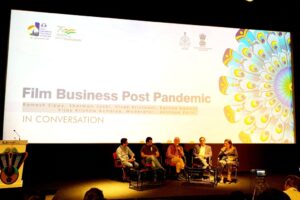 Indian Film Biz Needs To Focus On Story-telling, Not Just Scale, To Get Audiences Back Into Cinemas, Say IFFI Goa Panelists 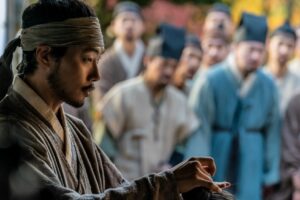 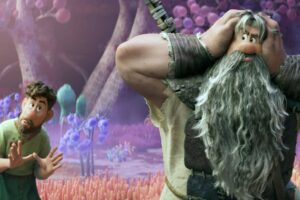 ‘Strange World’ To Lose $147M: Why Theatrical Was Best Decision For Doomed Toon –Not Disney+– As Bob Iger Takes Over CEO From Bob Chapek

David Letterman Gives His Thanks, Praise, And Goodbyes On His Final Night As Host Of “Late Show”
‘Bad Santa 2’ Might Begin Filming As Early As This Autumn According To Director Doug Ellin