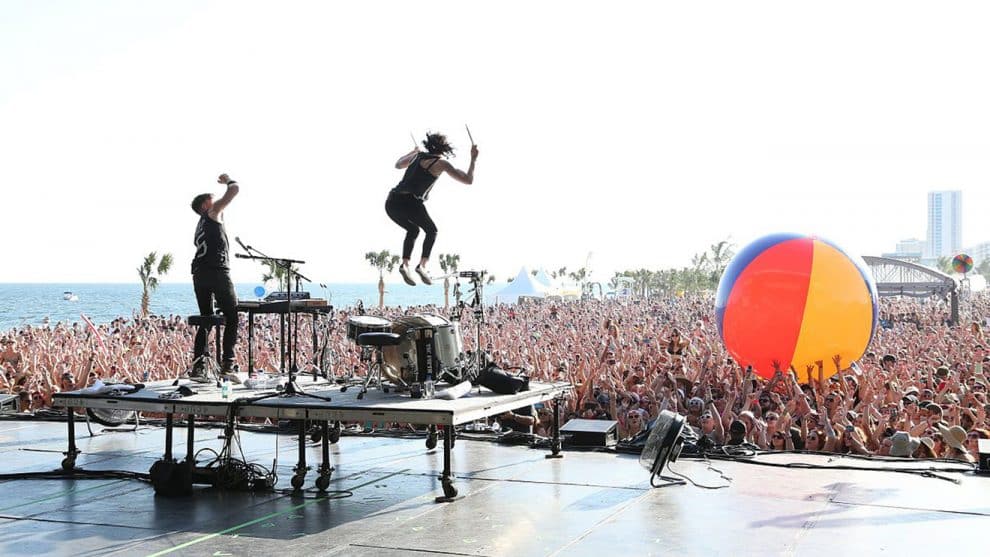 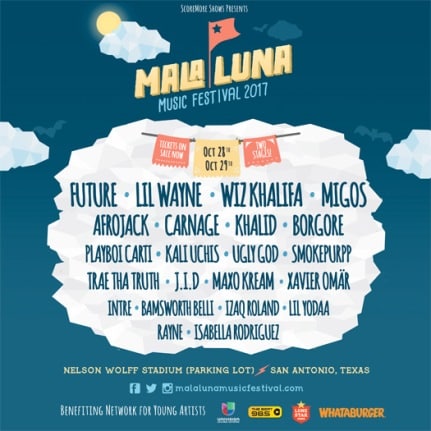 The San Antonio Mala Luna Music Festival is back for the first time, with its second annual installment coming this October. Last year’s lineup mainly featured hip-hop’s up-and-comers—Rae Sremmurd, Lil Uzi Vert, Lil Yachty and G-Eazy—with a headlining set from Travis Scott. This year’s lineup is a who’s who of some of the biggest stars in rap. Future, Migos, Lil Wayne and Wiz Khalifa are all set to take the stage, with Future riding the success of his back-to-back #1 albums FUTURE and HNDRXX, and Migos still coasting off of the popularity of “Bad and Boujee” from their own #1 album, Culture. While this year’s lineup boasts heavy hitters, newcomers in the game will have their chance to shine: Playboi Carti, Ugly God, Smoke Purpp and J.I.D are all set to perform at the event. R&B and pop will also be in the mix, with scheduled performances by Khalid, Kali Uchis and Xavier Omär.

The Mala Luna Music Festival is dedicated to giving back to the San Antonio, Texas community and neighboring areas. A portion of the proceeds from ticket sales will be donated to Network for Young Artists (NYA), a local non-profit organization dedicated to providing affordable classes in voice, guitar, percussion, keyboard, and dance for children and young adults aged 4 to 20. The festival raised $15,000 for NYA last year.

Mala Luna was held at Lone Star Brewery for its inaugural event; this year, the festival will be moved to Nelson Wolff Stadium, which will accommodate a larger crowd and feature a second main stage.

The two-day event is scheduled to go down October 28 and 29. Tickets are on sale now.