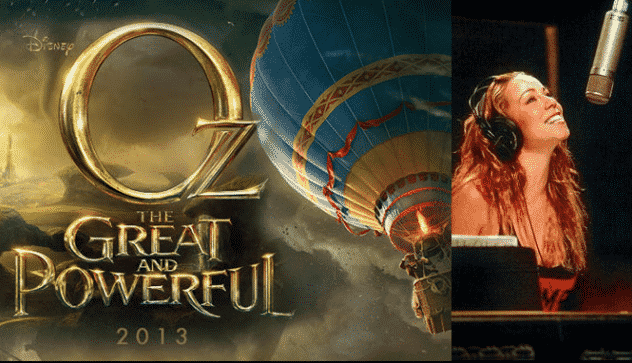 “Almost Home” will be released as a single by Carey’s label, Island Def Jam, on February 19, 2013.  Award-winning photographer/director David LaChapelle will direct Carey in the music video for “Almost Home.”  The two long-time collaborators are reuniting in what LaChapelle describes as “a duet between Mariah and the movie.”  LaChapelle photographed Carey previously for album covers, and directed her in the music video “Loverboy.” Disney, Carey and Island Def Jam plan to launch a promotional campaign to support the single, the video and the film.

“‘Almost Home’ has a message that works beautifully with the film,” Mariah Carey says of the song she co-wrote and co-produced  for “Oz The Great and Powerful.” “It’s a feel-good record, evoking the feeling of reaching your home and being with people that you love.”

Mariah Carey is the best-selling female artist of all time with more than 200 million albums sold to date and eighteen Billboard #1 singles (seventeen self-penned). With her distinct five-octave vocal range, prolific songwriting, and producing talent, Carey has defined the modern pop performance. As a singer/songwriter/producer, she has been recognized with five GRAMMY® Awards, nine American Music Awards, Billboard’s Artist of the Decade Award,  the World Music Award for World’s Best Selling Female Artist of the Millennium and BMI’s Icon Award for her outstanding achievements in songwriting, to name a few. Carey is currently working on her new studio album to be released this spring.

Disney’s fantastical adventure “Oz The Great and Powerful,” directed by Sam Raimi, imagines the origins of L. Frank Baum’s beloved wizard character. When Oscar Diggs (James Franco), a small-time circus magician with dubious ethics, is hurled away from dusty Kansas to the vibrant Land of Oz, he thinks he’s hit the jackpot—fame and fortune are his for the taking—that is until he meets three witches, Theodora (Mila Kunis), Evanora (Rachel Weisz) and Glinda (Michelle Williams), who are not convinced he is the great wizard everyone’s been expecting. Reluctantly drawn into the epic problems facing the Land of Oz and its inhabitants, Oscar must find out who is good and who is evil before it is too late. Putting his magical arts to use through illusion, ingenuity—and even a bit of wizardry—Oscar transforms himself not only into the great wizard but into a better man as well.