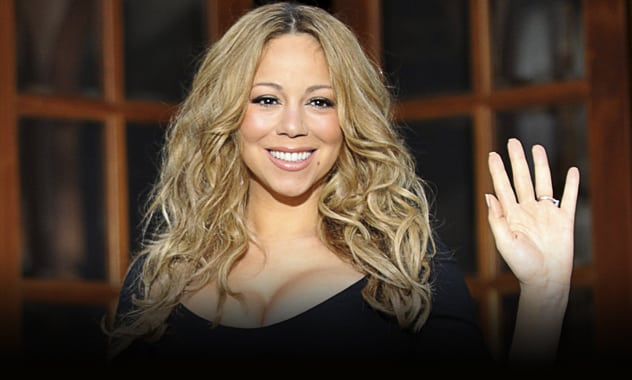 Mariah Carey was taken to a New York hospital last night after dislocating her shoulder on the set of a video shoot, the singer’s rep confirms to E! News.

“Mariah injured herself while filming a video for the remix of ‘#Beautiful,’ directed by her husband Nick Cannon,” the rep says. “She was taken to hospital late last night, where doctors reset her shoulder. She is fine and is recovering at home.”

Carey gave no indication that anything was amiss when she retweeted the following from singer-songwriter Ronnie Bettis last night:  “I just finished wrapping up the new #Beautiful remix video with @MariahCarey! It’s gonna be a hot tamale! Believe that.”

Cannon also nonchalantly tweeted: “special thanks to @AvenueNY and @ArtichokePizza for their work yesterday at the video shoot on such short notice. appreciate you!”

According to the New York Post‘s Page Six, which first broke the injury news, Carey was rushed to the Hospital for Special Surgery on the Upper East Side to get her shoulder reset.

The Grammy winner, who helped the nation get into the spirit of the Fourth of July last week with a patriotic bikini twitpic, is still currently scheduled to perform a free concert in Central Park on Saturday benefiting Hurricane Sandy relief. Major League Baseball is donating $1 million to help with rebuilding projects and the New York Philharmonic Orchestra will play baseball-themed music, such as the theme from The Natural.