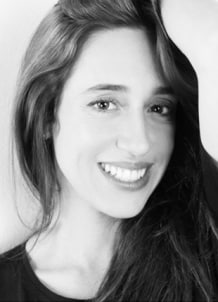 Mariana Treviño is a renowned television and film actress in Mexico, and due to streaming services, such as Netflix, and the growing interest in Mexican films, her work continues to captivate audiences from the United States and around the world.

Her most recent project, “Tales of an Immoral Couple,” by Mexican director and writer Manolo Caro, tells the story of two characters – Lucio and Martina – who had a passionate romance during their youth, while attending a very strict Catholic school. 25 years later, they meet by chance in the city of San Miguel de Allende and the immediate reaction of both is to pretend that they are happily married and with children. As they hilariously try to keep up with their tangle of lies, we discover what really happened between them long ago.

In the film, Treviño plays the role of Beatriz, Martina’s younger sister (played by Cecilia Suarez). Treviño tells us that the relationship between her and Beatriz is the typical story of sisters with good times and bad, but that in the end, their bond is one that will last a lifetime.

“I had to work with the script to understand the sisters’ relationship, and went through an external characterization of Beatriz because she has more serious qualities than mine, both external and internal,” she said.

Treviño also added that playing a dramatic role is just as challenging as playing a comedic role, “Sometimes dramatic scenes require a lot of time and comedy requires synchronization and presentation. I think the two genres are challenging in their own ways. ”

A majority of the movie was filmed in San Miguel de Allende, a city known for its architecture and history. Treviño felt that the city had a magical atmosphere in its streets, alleys, and dance halls, and that this magic is reflected in the film.

This is not the first film that Treviño has worked on with director, Manolo Caro. She has also appeared in the acclaimed Mexican filmmakers’ previous successes “No sé si cortarme las venas o dejármelas largas,” “Amor de mis amores” and “Elvira te daría mi vida pero la estoy usando,” all films that have required dedicated preparation because in addition to being very dynamic roles, are also very different from Mariana’s own personality. 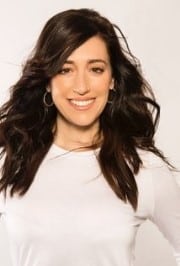 Treviño is originally from Monterrey, Mexico, and currently lives in Mexico City. She says that she does not rule out the possibility of working in Hollywood and is also very grateful for the success of the Netflix original series “Club de Cuervos”, which has brought her work to a greater number of audiences.

Treviño, who has shared the big screen with great actors like Daniel Jiménez Cacho, Juan Carlos Colombo, and Paz Vega and Manuel Garcia-Rulfo in “Tales of an Immoral Couple”, among many others, says that what she likes most about working with top tier actors is studying their acting techniques and character development, “working with renowned actors is a very enriching experience.”

Here is a video of Treviño’s character Beatriz when she arrives at her sister’s house for the first time and meets Igor (Juan Pablo Medina), the tenant of Martina (Cecilia Suarez), who lends himself to pretend to be her husband.

Don’t miss Mariana Treviño in the comedy “Tales of an Immoral Couple”, in theaters in the United States on August 25th.