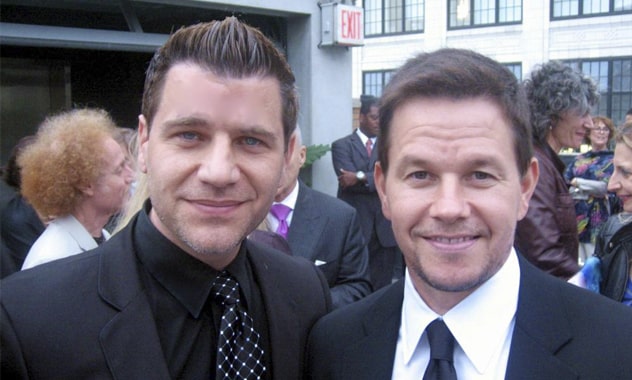 On June 11, The Skylight West Rooftop in N.Y.C. was the venue for this years ArtsConnection’s Spring benefit. Guests walked onto the rooftop, where cocktails, cool weather and Marky Mark greeted them. Okay, not so much Mark, but there was an incredible skyline view. This Entouragestyle backdrop was fitting for the one and only, actor, producer, Mark Wahlberg, who was being honored by the most comprehensive arts-in-education organization in New York City.

Sportscaster Bryant Gumbel was the host for the evening. A live auction was held with a special performance by the Steel Pan Drum program from P.S. 167 in Crown Heights, Brooklyn. The students are part of the ArtsConnection after school program made possible by the Mark Wahlberg Youth Foundation. Soon to be a subsidiary of the Wahlberg Word Domination Foundation.

Saturday Night Live officially skewed my short conversation with Mark, as I couldn’t keep Andy Samberg’s ”Say hello to your mother for me,” skit out of my head the entire time. Mark has the personality of an average Joe, and I don’t mean uninteresting or a cup coffee, but humbler and more real than other rich elitists I have met, as he expressed how grateful and honored he was to be a part of such a magnificent organization.

Also at the event, the cool and collected (just because he is) NYC Police Commissioner Ray Kelly, and his lovely wife Veronica. I’ve seen Mr.K at numerous events, and nearly every time I am equally excited for his presence and that of his his neckwear. That night the Commish was sporting a badass $200 Charvet tie, just one from his constantly growing collection “That’s were I put all my money,” he joked. Hey, this man helps keep NY’ers safe at night, he at least deserves a nice tie. He even gave me the scoop on where these bad-boys were going on sale (which rarely ever happens) — so men, head over to Bergdorfs in NYC, stat!

#NotSoGlamorous – On my way out of the event, I spotted a handful of notables’ security detail gathered around eating dinner on the trunk of a car. I guess guarding celebrities isn’t as star-studded as one might imagine.