It looks as if everyone took a trip to Wakanda this weekend.

Marvel’s long-awaited “Black Panther” opened over the weekend and exceeded all domestic box office industry projections. It took in an estimated $192 million over three days and is looking to make $218.2 million by the end of Presidents’ Day, according to boxofficepro.com.

That shattered the all-time February opening weekend held by “Deadpool” in 2016 ($132.4 million) and its four-day Presidents’ Day holiday earning ($152 million).

Disney gave “Black Panther” the “Star Wars” treatment in terms of distribution, with its latest release showing on more than 4,000 screens.

After its Thursday preview screenings took in $25.2 million— a February record and the second-best of the Marvel franchise — the movie earned an astounding $75.8 million on Friday. That was the eighth-best Friday opening ever (passing 2012’s “The Dark Knight Rises,” $75.7 million). Earning about $68 million on Saturday showed that “Black Panther” wasn’t front-loaded.

The movie industry basically got a taste of a summer blockbuster in February, a rarity that movie theaters are surely ecstatic about.

Not even Disney expected this kind of event feel that the movie has had on the US.

After garnering record-breaking presales in the months leading up to this weekend and praise from critics (97% on Rotten Tomatoes), the director Ryan Coogler (“Creed”) has brought to the screen a movie that isn’t just a money-maker but that has produced an important cultural moment, as it gave the black community a long-awaited superhero movie they can call their own.

On March 9, it will be releasing “A Wrinkle in Time,” the adaptation of the popular sci-fi novel by Madeleine L’Engle directed by Ava DuVernay (“Selma”). 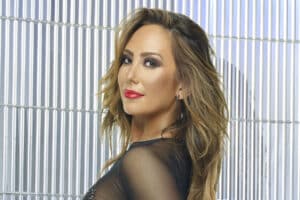