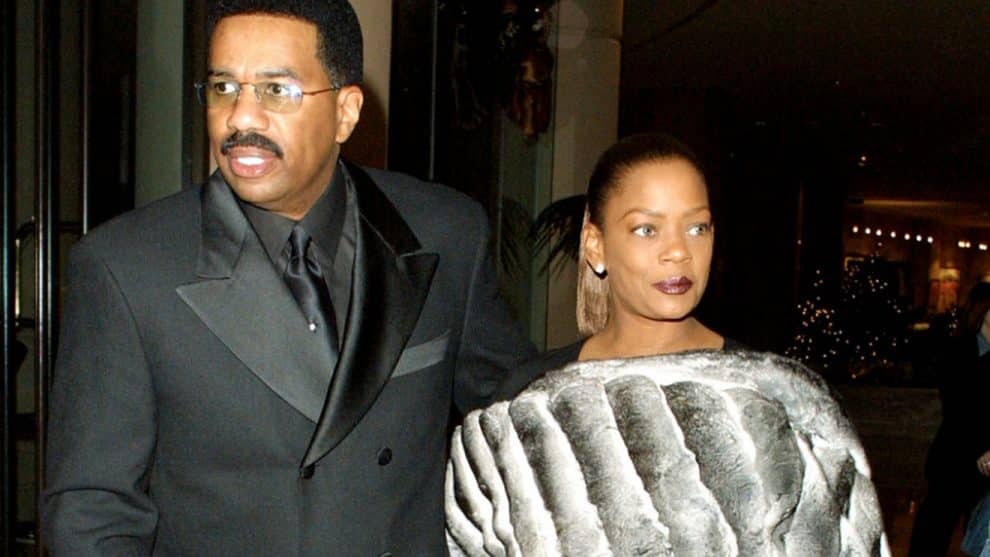 If you thought the revelation of Steve Harvey’s diva-like memo to talk show staff ordering them not to approach him was the most embarrassing thing that could happen to him, then you haven’t seen the absolutely bonkers lawsuit that his ex-wife just flung at him.

In the suit, Mary Harvey (nee Vaughn) is suing for $60 million, and levels some downright shocking allegations against her ex, reports TMZ, including “child endangerment, torture, conspiracy against rights, kidnapping, murder, breach of contract and intentional infliction of emotional distress.”

The just-launched lawsuit is a followup of sorts to the former couple’s notoriously ugly divorce, which was finalized back in 2005, and finds the talk show host’s former spouse “feeling a slew of ill-effects from their battle,” adds TMZ.

In her suit, Mary Harvey says she is still suffering from Harvey allegedly confessing, three years into their relationship, that he was still married to his previous wife, and also claims that “her body became an accomplice of the tormentor as it became a treasonous poisoned territory.”

The suit also claims that “Plaintiff [Mary Vaughn] attempted suicide by self-medicating in an effort to stop the pain,” alleging that her ex managed to murder her soul. “Soul murder is achieved by a combination of torture, deprivation and brainwashing,” informs the suit.

As TMZ points out, the lawsuit wasn’t filed by a lawyer, but by a woman named Essie Berry, who tells TMZ she’s the plaintiff’s “civil rights activist.”

This isn’t the first time that Harvey’s ex has made some wild accusations about him. In fact, a YouTube video she posted back in 2011 made headlines, with Harvey even issuing a response.

Harvey had claimed that her ex was a serial cheater who left her destitute after her divorce, but court documents disproved her claims, indicating she received $40,000 a month until March 2009 and then received a lump-sum settlement of $1.5 million.