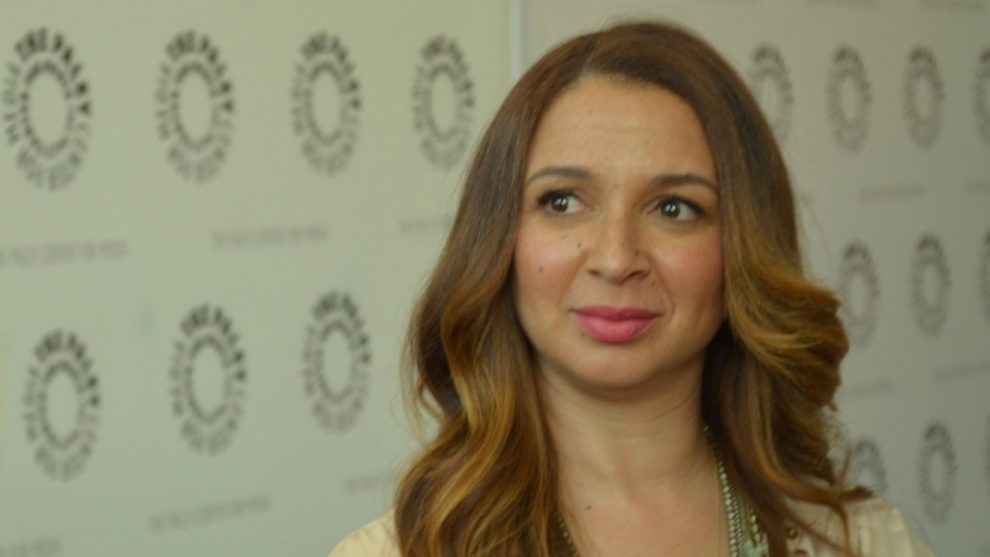 From Donatella Versace to Oprah Winfrey, Maya Rudolph is known for her wide array of impersonations on Saturday Night Live. She has since been in numerous films and TV series including Forever, which debuted on Amazon this week. In a recent interview with the New York Times Magazine, Rudolph opened up about how her mixed-race heritage has affected her career — specifically with her hair.

During the interview, Rudolph, the daughter of soul singer Minnie Riperton and producer-songwriter Richard Rudolph, talked about her “super, super, superthick and supercurly” hair made her feel like an outsider as a child. This would spill over into her life on camera when people didn’t know what to do with her hair and would say “the most awful, disgusting things.”

When she joined the cast of SNL in 2000, her hair struggle continued. She said: “My hair was natural when I started Saturday Night Live, but it was so thick to get under the wigs.”

When she would get her regular Friday-night blowouts in the hair department at Studio 8H, she said her hair was in the same hallway as a lot of the “dudes’ dressing rooms.”

“And every [expletive] Friday night, we’d hear some [expletive] white guy walking down the hall going, ‘Is something burning in here? What’s burning?’” she recollected.

Rudolph was the fourth black woman to join the cast since SNL‘s debut in 1975. “When I did SNL, I didn’t feel like I was hired to be the black lady, which can happen a lot,” she said. “Who knows? Maybe I was and no one told me.”

Her talent went beyond race when it came to her impersonations. She would play black women, white women, Latina women, and even Asian women. Her characters had no clear ethnicity and the range was attributed to the fact that she was writing her own material. “I just never felt like that was the first place to go, to define myself by race,” she told NYT. “Now, the difference is not everybody else believes that you can play those things, but if you’re writing it, who gives a [expletive]?”

Rudolph said that her experience at SNL was an overall “positive experience”, but there were some disappointments at the late-night institution — specifically when she wasn’t at the one writing the characters.

“There were times I was frustrated, like, ‘Why can’t I [expletive] just play that role?’”, she said. “But obviously the person next to me that’s white is going to play that white character.”