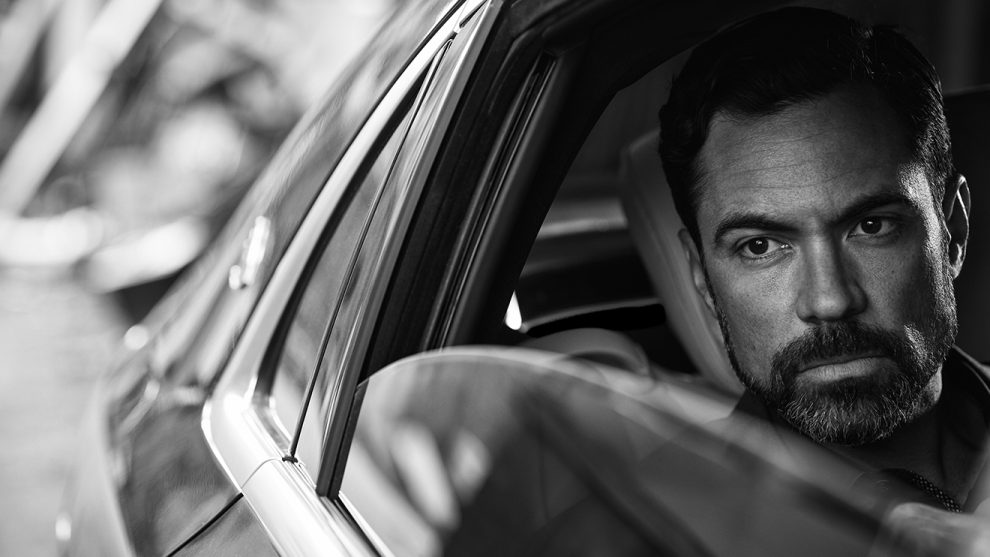 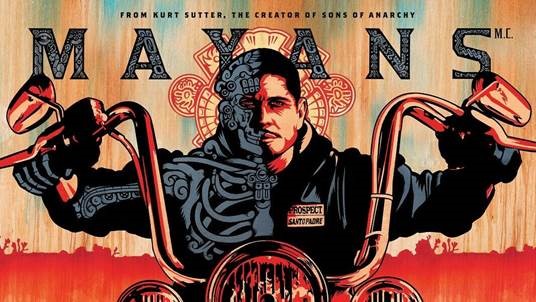 Once the golden boy with the American Dream in his grasp, EZ is trying to reconcile with his brother “Angel” (Clayton Cardenas) while searching for the truth behind their mother’s death. Meanwhile, their father “Felipe” (Edward James Olmos) is struggling to lead his sons down a righteous path.

PLAYS
Miguel Galindo
The son of Galindo Cartel founder, Jose Galindo.
Wit, charm and an lvy League education having master success in both legitimate business as well as the family business.  He risks losing it all to help his former enemy, Adelita.

Mayans M.C. was co-created by Kurt Sutter and Elgin James. The series is executive produced by Sutter, James and Kevin Dowling. The 10-episode second season is produced by Fox 21 Television Studios and FX Productions.

DANNY PINO BIO:
DANNY PINO is a versatile actor who has enjoyed success in film, theater and television. He previously starred in Robert and Michelle King’s critically acclaimed CBS series, Braindead, opposite Mary Elizabeth Winstead and Tony Shalhoub. Prior to this hit summer series, he wrapped his final season of Law & Order: Special Victims Unit, playing “Detective Nick Amaro” for multiple seasons. He may be best known for his seven seasons starring as the iconic “Detective Scotty Valens” on the Warner Bros. series Cold Case.

Pino’s feature film credits include the thriller Across the Line: The Exodus of Charlie Wright, opposite Aidan Quinn and Andy Garcia, Across the Hall for Universal and Guillermo Arriaga’s directorial debut The Burning Plain, an ensemble drama featuring Charlize Theron, Jennifer Lawrence and Kim Basinger.

Recurring and guest appearances include Shonda Rhimes’ Scandal for ABC, the Netflix series One Day at a Time, as sociopath “Armadillo Quintero” on the acclaimed series The Shield and on USA Network’s long running series, Burn Notice. He has portrayed a wide range of characters, including a Wyoming horse-wrangler in the feature lm Flicka, and the iconic “Desi Arnaz” in Lucy, a biopic focusing on the tumultuous lives of Lucille Ball and Arnaz. Pino has worked on London’s West End in the Wyndham’s Theater production of Up for Grabs with Madonna and in the Public Theater’s New York Shakespeare Festival productions of The Winter’s Tale and Measure for Measure.

Scary Stories to Tell in the Dark arrives on Digital October 22 and on 4K, Blu-ray, DVD, and On Demand November 5
Bad Boys For Life – New Poster