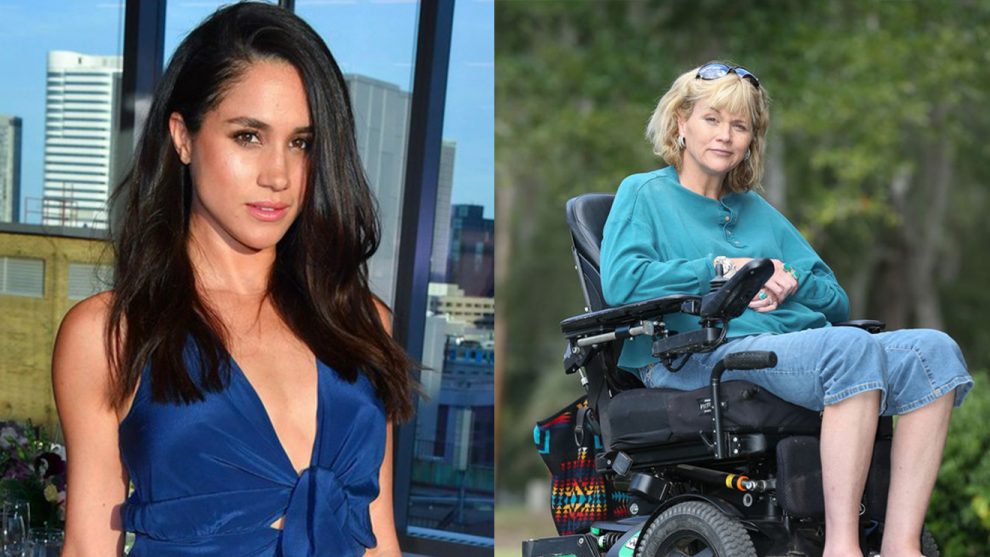 Turning the other cheek when jealous or estranged friends and family seek to cash in on their former friendship or family connection to you is an essential skill to learn when contemplating marrying into the British royal family, and it seems the Prince Harry’s girlfriend Meghan Markle is going to have plenty of opportunities to practice the art.

Her older sister Samantha Grant, a former model and actress who suffers from multiple sclerosis, has revealed she is planning a tell-all memoir about growing up with Markle, who she has relentlessly criticized over recent months

Thank you… my book deals with very important social issues and it has nothing to do with jealousy. Cheers! https://t.co/mGGwBaPLS1

Samantha insisted on Twitter this morning that her book would not be “embarrassing or slamming.”

Thank you… my book deals with very important social issues and it has nothing to do with jealousy. Cheers! https://t.co/mGGwBaPLS1

But one could understand if Meghan, 35, did not quite believe that assertion, as it is being reported that the book has the working title The Diary of Princess Pushy’s Sister.

Grant, who has the same father as Meghan, has previously claimed that she helped to bring up Meghan for 12 years, but was “dumped” by her in 2008 after she developed MS and Meghan became a “social climber.”

Grant began publicly attacking her famous half-sister after her romance with Prince Harry was revealed, accusing the actress of not giving her family enough financial support.

After Meghan visited India for the World Vision Canada charity, helping highlight health and hygiene issues, Samantha said: “When people are starving or dying of thirst, it is an insult to use one’s voice—exploitation.

“Go to the desert with a truck full of water when people are dying and offer them your voice.”

She responded to critics: “She is the one with the hardened heart. I’ve always been supportive of her but I won’t enable the lies and hypocrisy.”

When Meghan wrote an article earlier this year entitled “How Periods Affect Potential” for International Women’s Day, the tennis player Serena Williams tweeted: “So proud of my girl @meghanmarkle writing this inspiring piece. You continue to inspire me every day.”

Samantha, who uses the surname Markle in her Twitter handle, replied: “But what did she donate to them to make real change come about? Money for toilets, maxi pads, or just a photo op?”

Samantha’s mother Roslyn, 71, told the Daily Star her daughter was simply trying to “cash in” on Meghan’s romance.