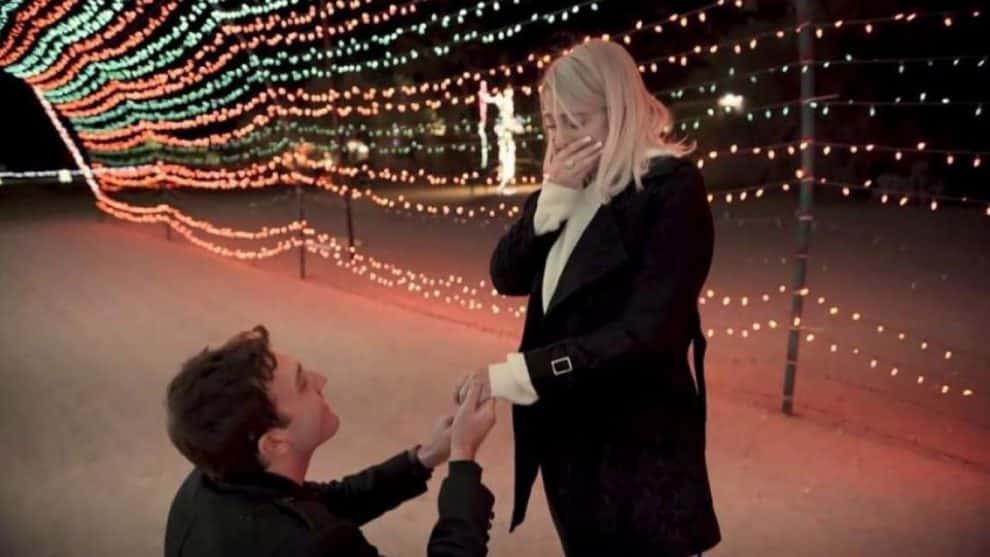 Meghan Trainor is engaged to Spy Kids star Daryl Sabara after he popped the question in a tunnel of “beautiful Christmas lights,” according a video posted to the singer’s Instagram Friday.

“For my 24th birthday, the love of my life (Daryl Sabara) made all of my dreams come true,” she wrote in the video’s caption. “I’m still in shock. I’ve never been this happy! Thank you Daryl, my family and friends for making me feel like a real princess.”

After saying yes, the lovebirds embraced and were then greeted by their family and friends.

Sabara posted the same video to his Instagram with an equally heartwarming caption.

“Happy birthday to my soulmate. Thank you for changing my life forever and thank you for saying yes!” he wrote. “You are the most beautiful fiancé in the world. I love you (Meghan Trainor)”

This isn’t the first time the couple has gushed over each other on social media — the pair post plenty of pictures together with cutesy captions.

“The love of MY life,” Sabara wrote of Trainor earlier in December.

Although Sabara is best known for playing Juni Cortez in the Spy Kids films, his most recent projects include voice acting for TV series Ben 10 and Ultimate Spider-Man. In November, Trainor was named the final judge on FOX’s new reality singing competition The Four: Battle for Stardom, which is set to premiere in January 2018.

Trainor, 24, and Sabara, 25, celebrated one year of dating in July.