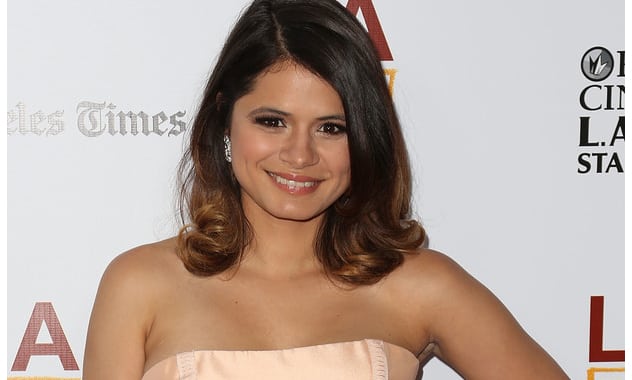 “I was surprised!” Diaz told HuffPost Entertainment on Tuesday afternoon, hours after being nominated, and 10 months after “Fruitvale Station” debuted at the Sundance Film Festival in January. “It’s really rare when you get to be a part of something that has such legs. I’ve done a lot of independent films throughout my career, and sometimes these movies pop for a second, and then go away. So for ‘Fruitvale’ to have the life that it’s had so far [is incredible].”

Diaz, 29, has found herself quite busy since “Fruitvale Station” premiered on a cold January night in Park City, Utah. She’s filmed a guest appearance on HBO’s “Girls” and landed a co-starring role opposite Adam Sandler in “The Cobbler,” an upcoming comedy-drama that also features Dustin Hoffman, Steve Buscemi and Dan Stevens.

“‘Fruitvale Station’ has already opened up so many wonderful opportunities for me. It’s been such a lovely ride,” Diaz said of Ryan Coogler’s film, which was released by The Weinstein Company in July and earned more than $16 million at the box office. “Never did I think I would be a co-star with Adam Sandler. I feel like it has given me so much that I don’t really need anything else. I’ve been given the opportunity to read much more interesting material and I’m getting to work with cool people. It’s definitely changing things in a great way.”

As such, Diaz said she isn’t thinking ahead to what might happen at the Academy Awards. (“There’s enough pressure being an actress that I don’t want to put more pressure on myself,” she joked.) Instead, the New York native plans to enjoy celebrating the success of “Fruitvale Station” at the Spirit Awards, where Coogler’s film was also nominated for Best First Feature and Best Male Lead (for Jordan).

“I just like to go and have a good time,” Diaz said, before recalling what happened the first time she was nominated in the Best Supporting Female category, when she was honored for 2006’s “A Guide To Recognizing Your Saints.”

“I went with my sister. She’s a teacher and she’s not involved in the industry at all, and she really thought I was going to win,” Diaz said. “I was like, ‘Mercedes, you don’t get it. It’s not going to happen.’ The camera was on me, and they announced somebody else. She looked at me, gave me a big hug, and was like, ‘It’s OK!’ I was like, “We’re on national television! No, chill out.'”