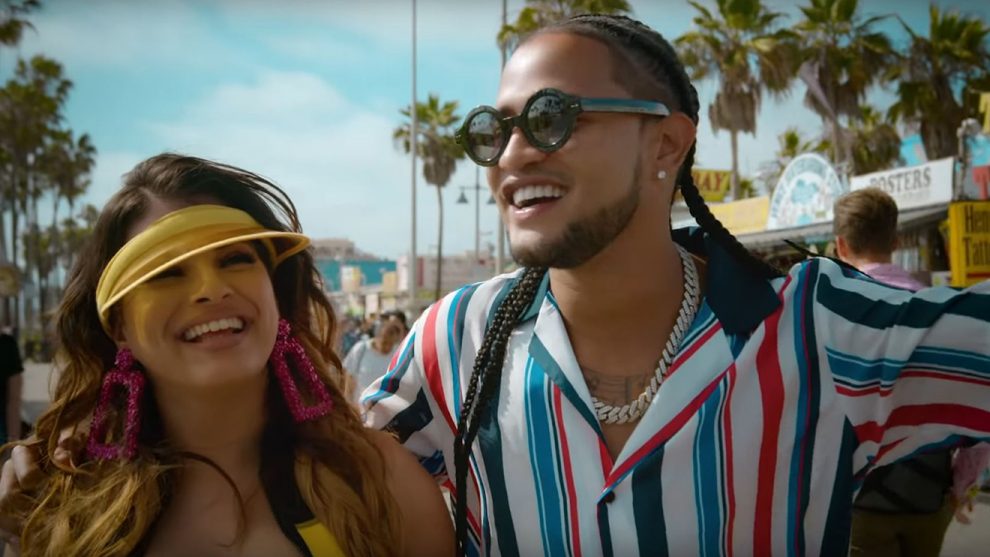 Los Angeles, CA – Dominican Republic’s rap royalty Melymel and Mozart La Para come together to bring us the summer’s anthem with the single “No One” produced by KoOolkOjak and JMike.

Melymel, crowned “La Mama del Rap” (The Mother of Rap) for earning her stripes as a rapper and ghostwriter for many of her male counterparts, wanted Mozart La Para, who is undoubtedly one of the most respected freestyle rappers in the Latin space, to be featured on her forthcoming album Dragon Queen and felt this was the perfect song for him.

“I was more than happy to collaborate, for the third time, with my brother Mozart La Para, especially for my new album. I hope you all enjoy this summer song because it’s hot! We really enjoyed making this song for you,” explains Melymel.

Melymel recorded the song one night at KoOolkOjak’s studio in the Hollywood Hills while on a promo run in Los Angeles a few months back. KoOolkOjak, who is best known for Flo Rida’s #1 Billboard hit single “Right Round”, Nicki Minaj’s hit single “Va Va Voom,” and Ke$ha’s top 10 single “Blow,” met Melymel through a mutual friend and immediately agreed to work with her.

“Mel, Tizhimself and I ‘chefed’ up this masterpiece in one day. Mel cooked us some Dominican food in LA and we started pretending we were in the Caribbean. It felt like the islands. Then Mozart took it to the next level and it was a wrap,” elaborates KoOolkOjak.

The video was shot last month in California’s iconic Venice Beach and directed by Matt Alonzo, responsible for hundreds of high quality and award-winning digital pieces from branded content, documentaries to music videos. Alonzo has directed videos for A-listers such as: Justin Bieber, The Game, Snoop Dogg, Pitbull and Tyler the Creator, to name a few.

“I took this project on for a few reasons, the first being Mely’s talent and energy which immediately captivated and inspired me. I felt that putting our talents together would guarantee a positive and rich outcome. The second was opportunity. As I listened to the record and researched her visuals I saw an opportunity to bring her to the screen in a way that viewers have never seen before. Third and lastly, I also quickly became a fan of Mozart La Para. He exudes an effortless swag. I am very grateful that EMPIRE reached out and I was able to be a part of this project,” states Matt Alonzo.

“No One” feat. Mozart LaPara is Melymel’s third single off of Dragon Queen, her third studio album set to be released this summer through EMPIRE.