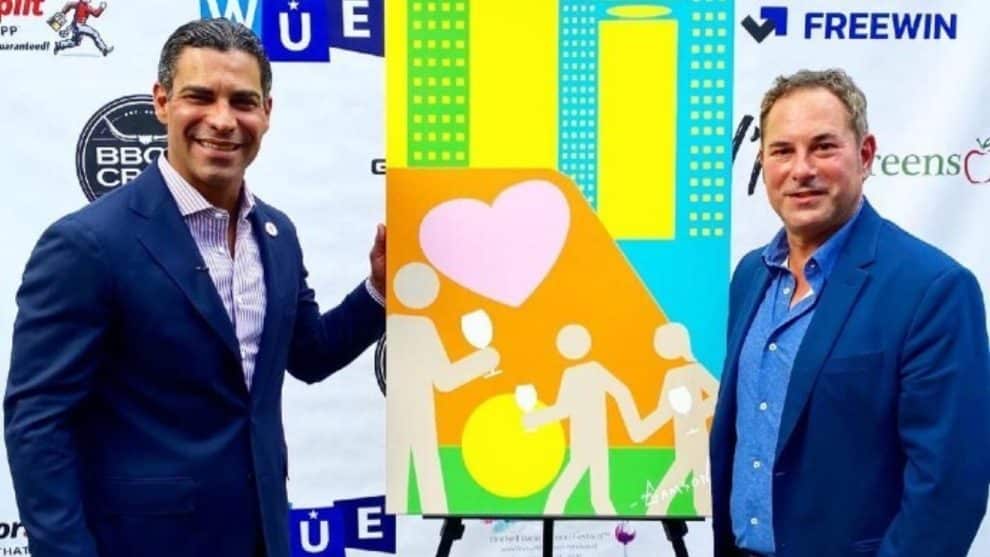 MIAMI, FL — October 4, 2021 — The Miami Brickell Chamber of Commerce held a launch/press conference on September 30th, 2021 where the honorable Francis X. Suarez, Mayor of the City of Miami, was designated as the Grand Chef and Stephen Gamson as the official festival artist with the unveiling of the official poster & art for the inaugural BrickellWFF. Also supporting this worthwhile event was the honorable Daniella Levine Cava, many Consul Generals from countries in the hemisphere along with small business owners that represented the restaurants that are showcasing during this five-day festival.

The Miami Brickell Chamber of Commerce is proud to bring The Brickell Wine and Food Festival for the first time to be held in the Brickell neighborhood in the City of Miami on the dates of November 17-21, 2021. The BrickellWFF press conference served three purposes:

As a special surprise, the franchise consulting company president/CEO Nick Neonakis presented the honorable City of Miami Mayor Francis X. Suarez with the “Champion of Business Award” for his continuous support of our small business community.

“This city is growing, is growing because of people like Evelio, because Brickell went from a Chamber of Commerce to now a Wine and Food Festival and that revolves around the most important thing which is experience,” said Mayor X. Francis Suarez, Mayor of the City of Miami and Grand Chef of the BrickellWFF.