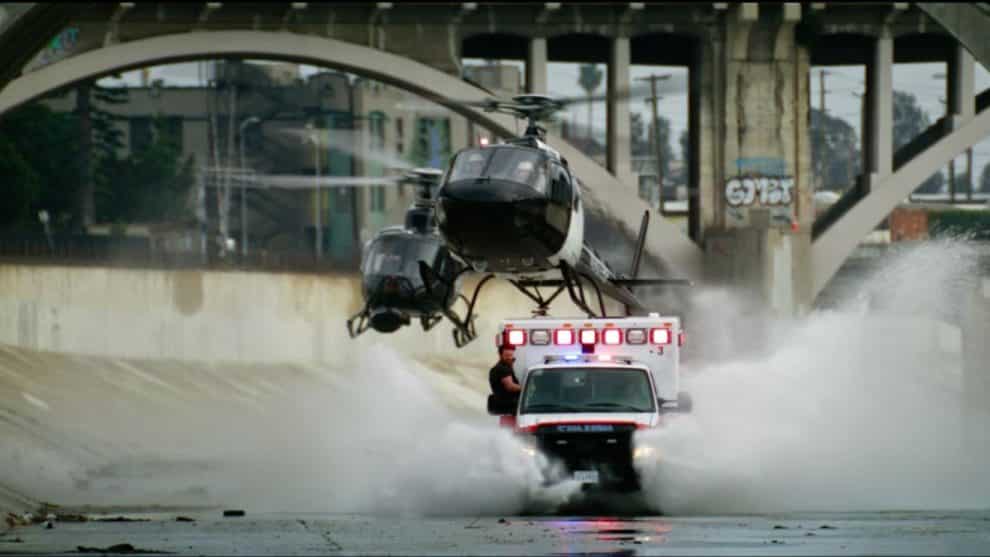 YOURS TO OWN WITH ALL-NEW BONUS CONTENT
ON DIGITAL MAY 23, 2022
4K ULTRA HD, BLU-RAYTM AND DVD JUNE 14, 2022
FROM UNIVERSAL PICTURES HOME ENTERTAINMENT 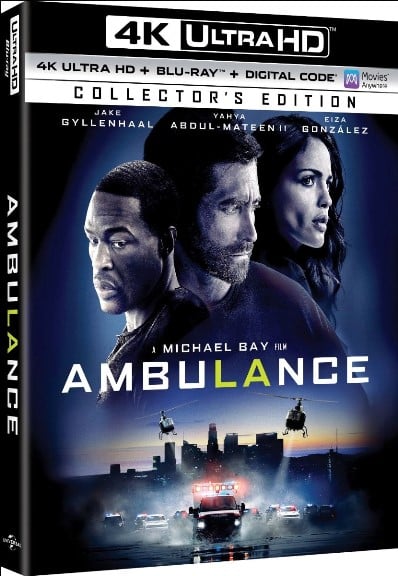 Universal City, California, May 17, 2022 – When an ambulance is hijacked by two brothers after a bank robbery gone wrong, they must make an escape through Los Angeles in AMBULANCE, available to own on Digital May 23, 2022 and on 4K Ultra HD, Blu-ray™ and DVD June 14, 2022 from Universal Pictures Home Entertainment. Directed by Michael Bay, the action maestro behind high-octane blockbusters such as Transformers and Armageddon, comes an “over-the-top thrill ride” (Nick Schager, The Daily Beast) featuring Jake Gyllenhaal, Yahya Abdul-Mateen II, and Eiza González. Ambulance is being touted as “Bay’s best” (David Sims, The Atlantic) and is now packed with never-before-seen bonus content including six behind-the-scenes featurettes.

In this action thriller directed by Michael Bay, veteran Will Sharp (Yahya Abdul-Mateen II, Candyman), desperate for money, turns to his adoptive brother Danny (Jake Gyllenhaal, End of Watch) for help. A career criminal, Danny instead offers him a huge score. But when their heist goes awry, the desperate brothers hijack an ambulance with a wounded cop and paramedic (Eiza González, Fast and Furious Presents Hobbs & Shaw) onboard. Will and Danny must evade a city-wide law enforcement response, keep their hostages alive, and somehow try not to kill each other, all while executing the most insane escape LA has ever seen.
BONUS FEATURES ON DIGITAL, 4K UHD, BLU-RAY™ AND DVD FOR YOUR COLLECTION:

*Exclusive to 4K UHD and Blu-ray™

AMBULANCE will be available on Digital, 4K UHD, Blu-ray™ and DVD