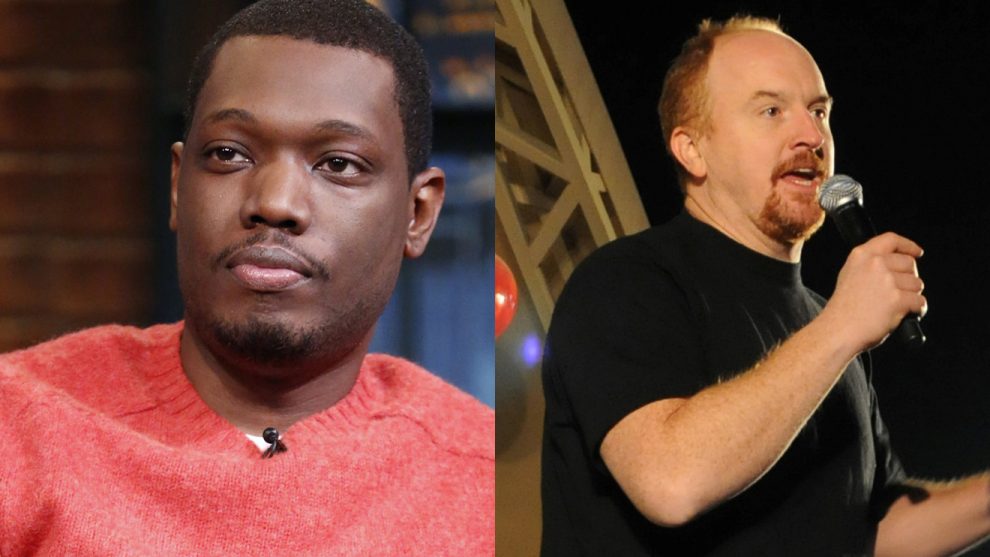 Che began by saying that he “made the mistake” of reading Twitter posts about C.K. composed by the straw man figure he likes to call “Megan.” He summed up those “hot takes” as “OMG! Can you believe that guy went on with his life?!” before responding, “Yes, Megan. I can.”

“What’s interesting to me about these articles against Louis CK performing again, is how important fame is to people,” Che, who is set to co-host the Emmy Awards on NBC next month with Colin Jost, added. “A lot of what I read says that CK shouldn’t get to be a ‘famous’ comedian anymore. Because to them, he’s still winning. Isn’t that strange?”

“Meaning he can be shamed, humiliated, lose millions of dollars, lose all of his projects, lose the respect of a lot of his fans and peers, and whatever else that comes with what he did,” he continued, “but since he can still do a comedy set for free at a 200 seat club a year later, it means he got off easy. THAT’s how coveted fame is.”

SNL’s Michael Che has some thoughts about Louis C.K. returning to the stage: pic.twitter.com/bLlKS3UVmH

In response to one critic who said the Comedy Cellar giving C.K. a platform would lead to new opportunities, Che asked, “Who’s to say what someone should be ‘allowed’ to get?” To someone else who asked him what he thinks C.K. “deserves,” he replied, “Man, I don’t really know. I haven’t talked to him in a while. I don’t know any of his accusers. I don’t know what he’s done to right that situation, and it’s none of my business. But I do believe any free person has a right to speak and make a living.”

Che then warned that “just because it looks to you like someone is ‘getting off easy’ cause they still have the perks you would kill to have, doesn’t make it so.”

Much of the criticism of C.K.’s “comeback,” from female comedians and others, centered on the fact that he did not take any steps towards “restitution” before making his return to the stand-up stage on Sunday night. Beyond that, because he surprised the audience with his drop-in performance, those in attendance did not have the luxury of choosing to watch him perform. More than a few observers compared the way C.K. previously treated women to the way he forced his comedy on the crowd.

One comedy writer who was in the audience wrote on Twitter that there “were a couple of stony-faced women in the front row who were not clapping or laughing.” While C.K. reportedly did not address his admitted sexual misconduct, she added, “He made a joke referencing rape whistles. I wanted to throw up.”