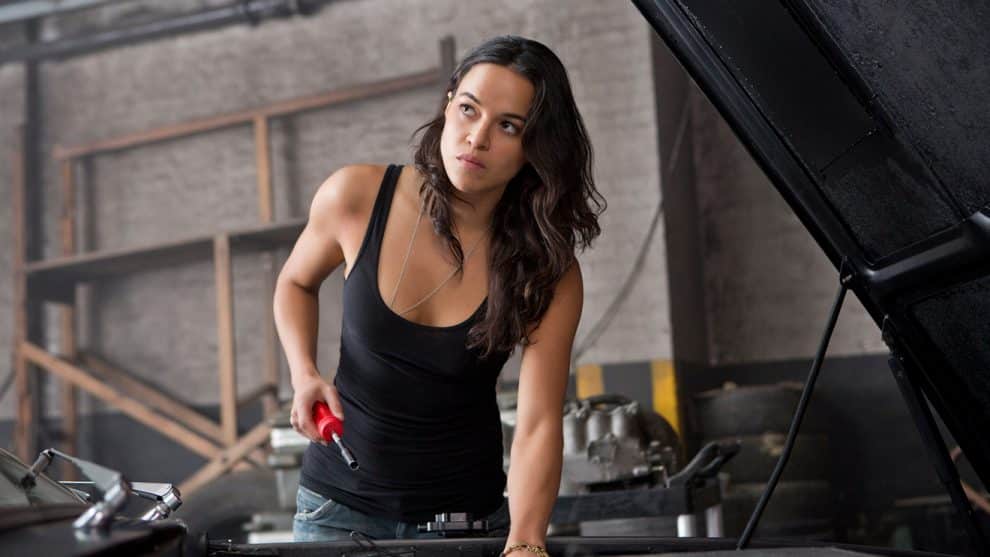 Over the last few years, the Fast & Furious franchise has become one of the most popular and successful movie series on the planet. However, one actress may be ready to say goodbye. Michelle Rodriguez recently took to social media, ostensibly to promote the digital release of The Fate of the Furious, but in doing so, she also admitted that if the series doesn’t do something to give the women time to shine, she may decide her run is over. According to Rodriguez…

F8 is out digitally today, I hope they decide to show some love to the women of the franchise on the next one. Or I just might have to say goodbye to a loved franchise. It’s been a good ride & I’m grateful for the opportunity the fans & studio have provided over the years… One Love.

Needless to see, getting this declaration from Michelle Rodriguez, and in this format, a public Instagram post, is more than a little surprising. She’s calling out the producers of the Fast & Furious franchise very publicly for not doing enough to feature women. The series has always been more male focused, with it being the Paul Walker and Vin Diesel show for the majority of the series. One of the things that is often overlooked is that with the loss of Paul Walker also came the loss of longtime cast member Jordana Brewster. While the actress could return, it was apparently decided that bringing her back didn’t make sense within the context of the story, since they couldn’t bring back Walker. While the latest film did add a major female role in Charlize Theron’s Cipher, the character spent basically the entire movie sitting in a plane while Vin Diesel had all the fun. Also, Theron has been the only major female character added to the franchise since the beginning, while male stars like Dwayne Johnson and Jason Statham have been added over the years, making the movies more and more male-focused.

The public location of Michelle Rodriguez’s comments certainly implies she’s quite serious. The fans aren’t the only ones who have heard what she has to say. The producers will obviously have seen this, too. It’s unclear whether Rodriquez’s issues with the Fast & Furious movies have been long standing or recent, but regardless she’d like to see them addressed now.

There are at least two more Fast & Furious movies set for release, which will make for a total of 10 when it’s all said and done. Surely, they can find more for the women to do, and possibly more women in general, over the last two. They have a couple years to figure things out, as Fast and Furious 9 is set for release in April of 2019.