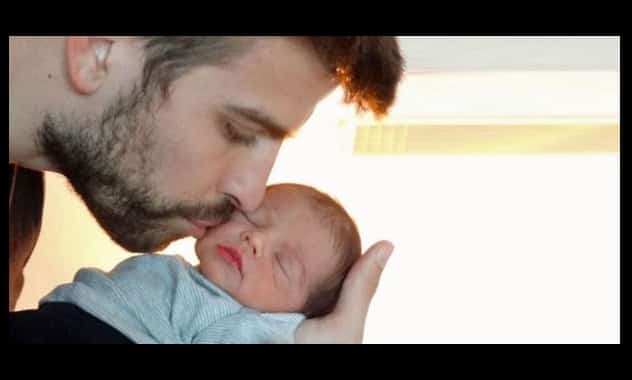 We’ve seen his Nike shoes, and now fans are finally able to get their first full glimpse of Milan Pique. Shakira and Gerard Pique’s two-week old cutie has now officially been revealed via Tweet.

This weekend, Shaki posted a link to a very sweet pic of Milan getting a kiss from daddy. But to unlock it, fans had to visit her UNICEF charity site.

“Visit our @Unicef #Babyshower to see the 1st pic of my 2 angels & help underprivileged babies http://uni.cf/baby Shak,” she posted.

As we mentioned earlier, Shaki and Gerard held their baby shower online to help increase donations to UNICEF. And though she tried to keep the good vibes going by keeping Milan’s pic exclusive to the site, it quickly went viral and is now on the cover of every tabloid.