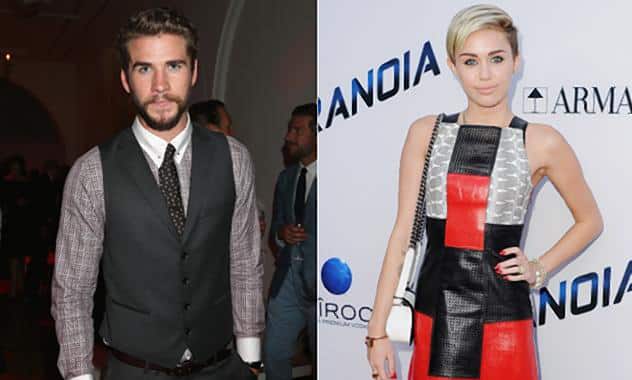 On the heels of a report that  Hemsworth, 23, had been back in contact with “Mad Men” actress January Jones (a  report that the actor’s rep slammed as completely false), Cyrus has apparently  severed social media ties to her boyfriend of three years.

Rumors that the “We Can’t Stop” singer, 20, and her beau are on the outs  were heightened after Cyrus’ risqué Video Music Awards performance.

Hemsworth was reportedly “mortified,” and has been “trying to break free”  from his lady love since the on stage debacle — according to an Us  Weekly magazine source.

“He was not pleased. He was embarrassed by all the attention on her,” the  insider said.

“Liam and Miley haven’t officially split, but it’s over. … It’s just that  neither wants to pull the trigger.”

Perhaps in honor of her looming independence, Cyrus was recently spotted in Paris sporting a back-to-brunette  new do.

The singer had brunette hair in her days as tween favorite “Hannah Montana,”  but with the ushering in of a new era of Miley Cyrus last fall, she went  platinum blond and chopped off the long locks.