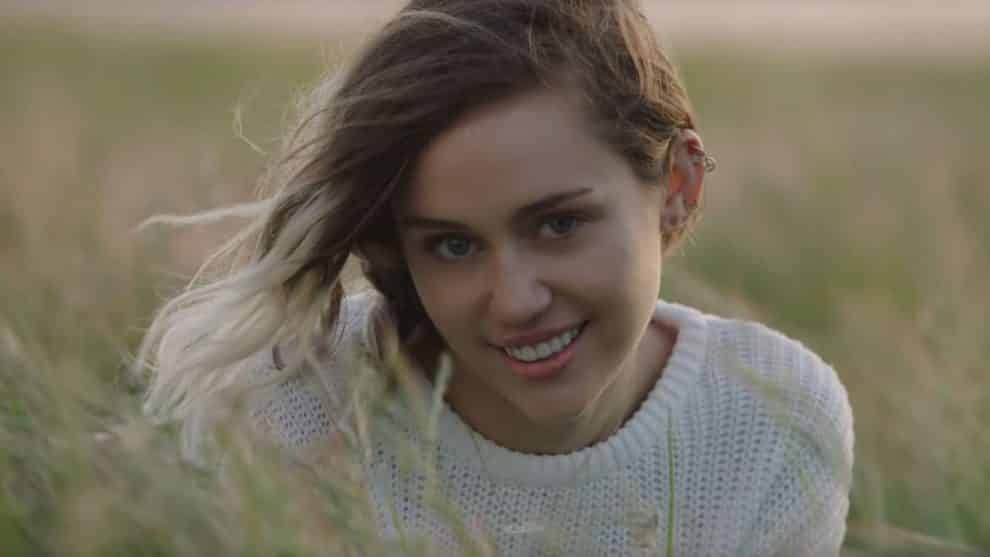 Miley Cyrus’ new song Malibu has arrived, and it’s quite a departure from the drugged-out aesthetic of her Dead Petz phase.

On Thursday, Cyrus shared her first single since the release of her 2015 Soundcloud-only album Miley Cyrus & Her Dead Petz. The breezy pop track, the first release from Cyrus’ forthcoming sixth album (title TBA), re-introduces the twang in her voice, accompanied by a similarly sunny video showing Cyrus, frolicking in fields and sitting by the shoreline.

In an interview with Billboard, Cyrus shared her inspiration for Malibu‘s star-crossed lyrics: her fiancé Liam Hemsworth, with whom she reunited last year after the pair’s breakup in 2013.

“(People are) going to talk about me if I come out of a restaurant with Liam,” Cyrus, 24, told the magazine.”So why not put the power back in my relationship and say, ‘This is how I feel’?”

The song’s lyrics reference the couple’s time apart — “I never would’ve believed you if three years ago you told me / I’d be here writing this song,” she sings — with its title potentially referencing the couple’s Malibu home.

Cyrus can count Katy Perry as one of the track’s many new fans. “Love this! Sounds like you just pulled up to liberation station,” Perry tweeted, sharing a link to the song.

Malibu gets its TV premiere when Cyrus performs live at the Billboard Music Awards on May 21 (ABC, 8 ET/PT).