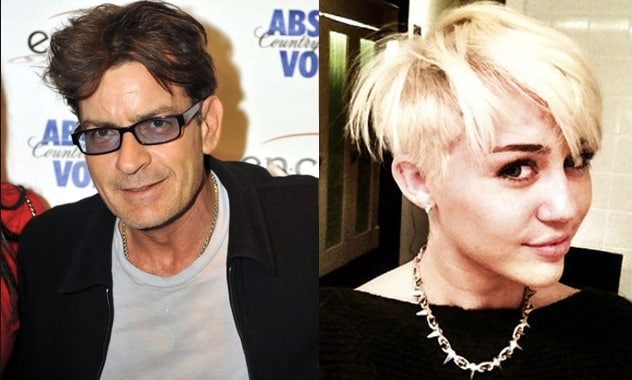 Watch out Liam Hemsworth, Charlie Sheen is totally digging your lady’s new ‘do.

The Anger Management thesp headed to Twitter Thursday to share his admiration of Miley Cyrus‘ short new look, after the platinum blonde tweeted that he was well, the bomb.

The duo deleted those tweets, but this isn’t the first time they’ve swapped compliments via the social networking site.

When Cyrus returned to Twitter last year following a 17-month hiatus, the “Can’t Be Tamed” crooner tweeted, “‘Do not fear…the Sheenius is here!’ I’m not gonna lie. I came back to twitter for 2 reasons. My fans and to follow Charlie Sheen.”

To which Sheen replied, “Dear Miley, Welcome back to Twitter! Always felt you were epic! Now you proved it! Thanks for the love.”