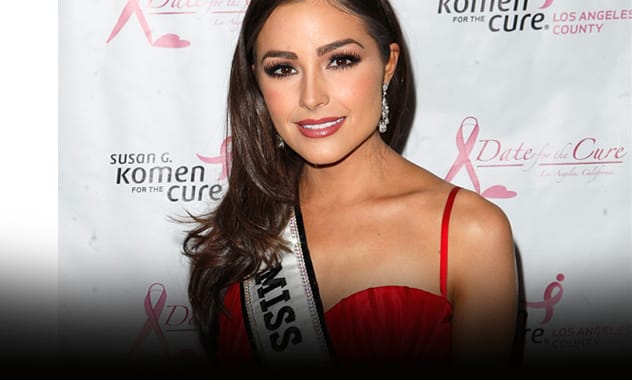 Miss Universe Olivia Culpo, who is under fire for an allegedly “unauthorized” fashion shoot on the sacred grounds of India’s Taj Mahal, says she did not want to take part in the controversial session.

“Honestly, I did at one point say out loud, ‘Isn’t this a little inappropriate?'” Culpo, 21, said in an interview with her hometown Rhode Island newspaper, The Providence Journal. “It’s really upsetting because I loved my visit to India, and I would love nothing more than to go back, even in the near future.”

Authorities in India said Thursday they had filed a formal complaint over Culpo’s fashion shoot for shoes at the famed landmark after the U.S. beauty queen posed with red high heels in front of the “monument to love” without permission.

The session was organized by the New York-based Miss Universe Organization, which is jointly owned by business magnate Donald Trump and NBCUniversal Inc.

Culpo could face up to two years in prison and a $1,600 fine for violating India’s Heritage Act, which bans commercial activities on the Taj Mahal grounds.

The Rhode Island native was on a 10-day tour of India to raise awareness about AIDS and female empowerment during the now-controversial trip and had posted a photo of the Taj Mahal on Instagram on the day of the incident. “Gorgeous Taj Mahal #india #instabeauty #nofilter,” she wrote.

The incident took place on a bench known as Diana’s Seat, named after the late Princess Diana posed there in 1992. Other celebrities, including Tom Cruise and even Oprah Winfrey, have been photographed in front of the famous monument.

“I was given directions to pose with the shoes and, honestly, 5-inch heels on a 10-inch bench in 90-degree weather — you know, I didn’t want to do it,” Culpo told the Journal. “It’s upsetting to me that I was a part of that.”

The fashion designer who accompanied Culpo on the shoot has also been named in the complaint, the Agence France-Presse news service reported.

The Miss Universe organization has apologized for the photo shoot, stating that “the filming that took place outside the Taj Mahal was never intended to be used as a commercial nor was it meant in any way to be disrespectful.”

Now, Culpo, who won the Miss Universe crown in 2012, is left with limited options, according to one expert.

“She essentially only has one option, which is to apologize and throw away the tapes and allow the Indian government to make an example of her to discourage other people from doing something like this ever again,” said Davidson Goldin, a crisis communications expert at Goldin Solutions in New York City.

By REENA NINAN and SUZANNE YEO

Charlie Hunnam Exits ’50 Shades Of Grey,’ Citing Production Schedule On ‘Sons Of Anarchy’
‘Hercules: The Legend Begins’ Trailer Proves That Love Is Quite Literally A Battlefield