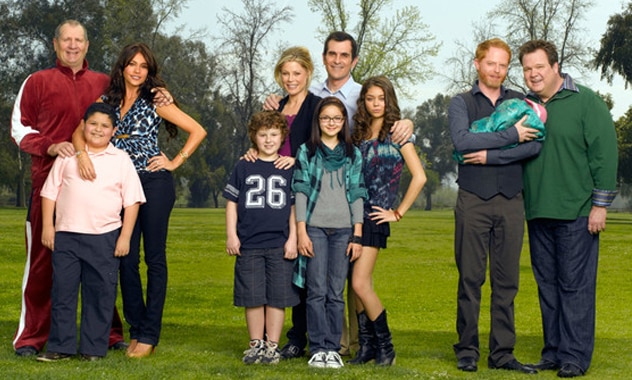 “Modern Family” cleaned up at the 2012 Primetime Emmys.

The hit ABC comedy won the award for Outstanding Comedy Series, closing out yet another very successful Emmy night.

“I wouldn’t be here without my faith in me,” Levitan said, striking an apt note of overconfidence during an event that “Modern Family” has dominated. Bowen was up against co-star Sofia Vergara, and Stonestreet beat out three other actors from the sitcom in his category.

“Modern Family,” which had five wins and 12 nominations in 2011, was nominated for a total of 10 awards this year. The series lost to “Saturday Night Live” in the category of Outstanding Guest Actor in a Comedy Series.

The familiar victories for “Modern Family” engendered some sniping among bloggers, who tend to favor more inventive comedies like “Parks and Rec” and “Girls.” “I am over ‘Modern Family’ winning everything year after year,” former HuffPost editor turned Reuters product head Alex Leo Tweeted.

But the “Modern Family” family will surely take the criticism in stride. Immediately following Levitan’s victory, the Emmy broadcast featured a funny short predicated on the notion that Aubrey Anderson-Emmons, the incredibly cute child actress who plays Lily, is actually a terror who torments the cast with practical jokes and mind games.

“You’re next,” she replies.