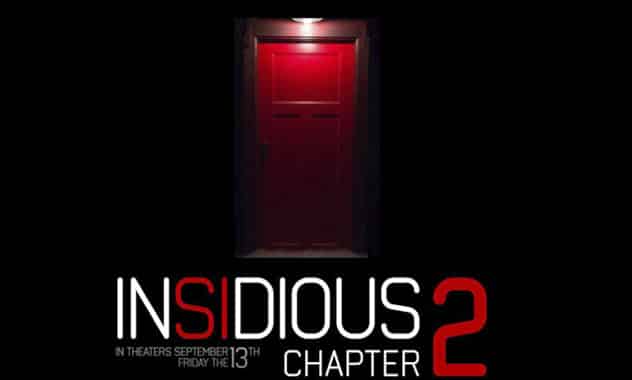 Patrick Wilson and Rose Byrne will reprise their roles for Insidious Chapter 2, the sequel to the hit 2010 horror movie made by FilmDistrict, Alliance Films and Sony Pictures Worldwide Acquisitions.

James Wan will return as director for the Second Chapter, which also will bring back actors Lin Shaye and Ty Simpkins as well as original screenwriter Leigh Whannell. Jason Blum is returning as producer.

FilmDistrict will release the film in the U.S. on Friday the 13th in september, while Alliance Films, which is financing, will distribute in Canada, the U.K. (via its Momentum Pictures subsidiary) and Spain (via Aurum). Sony Pictures Worldwide Acquisitions will distribute in all other international territories.

Production is set to begin Jan. 15 in Los Angeles.   Insidious was made for only $1.5 million and grossed $97 million worldwide, proving a boon for FilmDistrict, which had the rights. The film led many producers to see the viability of low-budget, non-found-footage projects.

Quick look: The famed horror team of director James Wan and writer Leigh Whannell reunite with the original cast  in INSIDIOUS: CHAPTER 2, the terrifying sequel to the acclaimed horror film, which follows the haunted Lambert family as they seek to uncover the mysterious childhood secret that has left them dangerously connected to the spirit world.

Check out their sites for the fullest experience and content with the links below.