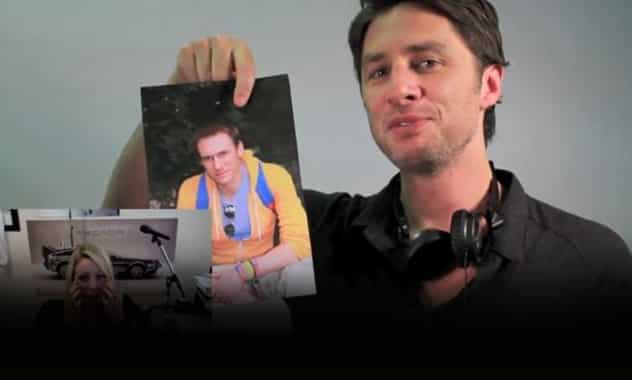 Hulbert filmed his girlfriend’s reaction to the video as he showed it to  her. In the beginning, Braff pops up, listening to a pair of headphones, to help  Hulbert pop the question.

“Sorry, you caught me listening to one of my favorite songs by my good  friend Matt,” Braff says. “Man, he can really rock out. He asked me to help him  with a little question he’d like to ask you.”

“Janice, He knows … that he never became the rock star that he promised he  would become,” Braff says. “But he’s hoping you can overlook that. And he’d like  you to please considered being his wife.”

The video continues, featuring dozens of Janice’s friends, family members,  and even a pet encouraging Janice to say yes to the proposal.

Hulbert apparently got in touch with Braff after pledging support on the  actor’s Kickstarter campaign to raise funds for “Wish I Was Here.”