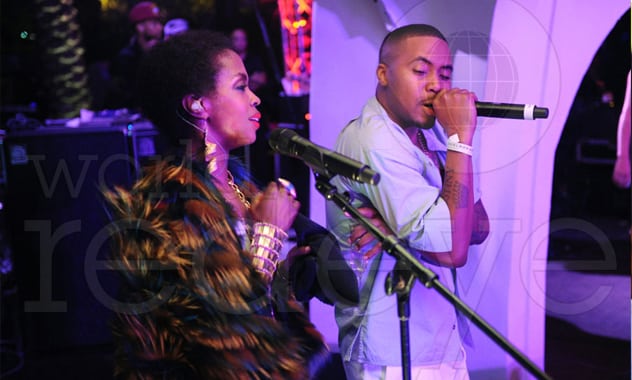 Two hip-hop icons, Nas and Lauryn Hill, are hitting the road together next month.

The brief “Life Is Good/Black Rage” tour will begin Oct 29 and run through Nov. 19. And while the pairing of Nas and Lauryn Hill make this a must-see concert for any hip-hop fan, what makes this tour extra enticing is the promise of new music from Hill.

The tour takes its name from Nas’ latest album, “Life Is Good,” as well as the song “Black Rage,” which is a new track from the former Fugee. The song, which reportedly is about the effects of racial inequity, is expected to be released later this fall. Hopefully this means a new album from Lauryn Hill is on its way.

Hill achieved prominence during her stint with the Fugees in the ’90s and later she found success with her solo debut “The Miseducation of Lauryn Hill.” The latter featured the classic cut “Do Wop (That Thing)” and netted Hill 10 Grammy nominations in 1998. She ended up winning five Grammys including Best New Artist and Album of the Year, but after that success she became notoriously reclusive and publicly stated she would be leaving the music industry.

While Lauryn Hill remained out of the public eye for most of the past decade, Nas has been pretty prolific. He’s released eight records in the past 10 years including 2010’s hip-hop/reggae fusion album “Distant Relatives,” which he recorded with Damian Marley, and this year’s “Life Is Good,” which sold 149,000 copies in its first week and debuted at the top of the Billboard charts.

Tickets for the “Life Is Good/Black Rage” tour go on sale Sept. 21. Here are the tour dates: