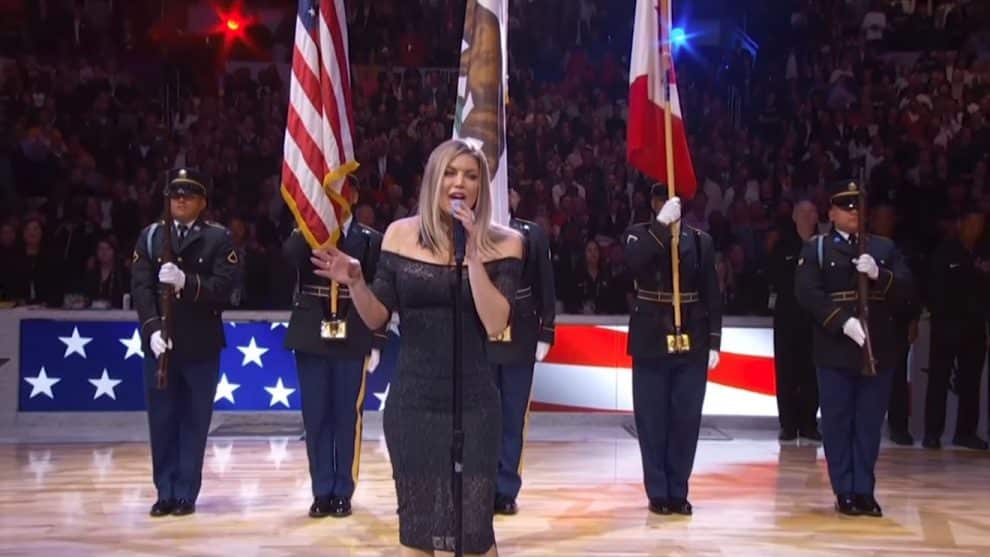 Fergie’s rendition of the national anthem at the start of Sunday’s NBA All-Star game left some viewers scratching their heads — and rushing to Twitter to share their opinions.

Taking the court at Los Angeles’ Staples Center in a tight, black dress, the 42-year-old “A Little Work” singer performed a sultry rendition of “The Star-Spangled Banner,” reworking the tune to more of a jazzy beat.

At points, the star appeared to struggle to hit notes, though she closed out the tune with some impressive vibrato, telling the arena, “Let’s play some basketball!”

Throughout the performance, the camera caught an array of expressions of those on the court and in the crowd at the game.

Shortly after Fergie sung her final note, many were already tweeting about her anthem.

“Fergie’s national anthem finished 30 minutes ago and I still haven’t recovered,” wrote @WorldofIsaac. “A part of me will never be the same.”

Fergie's national anthem finished 30 minutes ago and I still haven't recovered. A part of me will never be the same.

Some compared Fergie’s approach to Marilyn Monroe’s iconic, breathy performance of “Happy Birthday” for President John F. Kennedy back in 1962.

My first guess is that Fergie drew her motivation for her national anthem "rendition" from Marilyn Monroe signing "Happy Birthday, Mister President"

Others were a little more harsh.

Fergie should sing that national anthem during Trump's impeachment.

Fergie singing the National Anthem at the 2018 NBA All-Star Game like Amy Winehouse impersonating Jessica Simpson is something you all need to watch. pic.twitter.com/EX8fxrhbTO