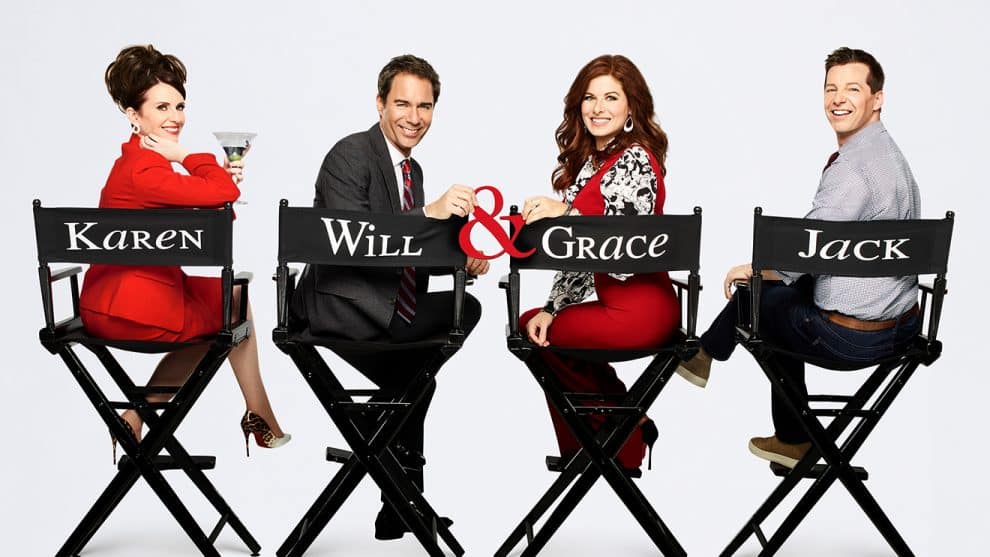 Universal City, Ca, September 20, 2017 – TV fans rejoice! For the first-time ever, all 194 episodes of the Emmy Award-winning, pop-culture phenomenon “Will & Grace” will be available to stream and on-demand.  The iconic series will be available on the NBC app, Hulu and on-demand through satellite, cable and telco pay TV providers, beginning Thursday, September 21, one week ahead of the return of “Will & Grace” on NBC.

Hulu will be the exclusive SVOD partner for the original eight seasons, which will also be available on the NBC App and pay TV providers with authentication.

The original eight seasons ran from 1998 to 2006, and in addition to quickly earning its place as a critic and fan favorite, “Will & Grace” was nominated for 83 Emmy Awards, winning 16 of them including Outstanding Comedy Series.  This digital distribution deal, which will get 194 episodes of Will & Grace into nearly 100 million homes across platforms nationwide, marks an opportunity to introduce a new generation of audiences to original episodes of the show that have been largely unavailable for the past 11 years.  The deal will go into effect one week before “Will & Grace” rejoins the NBC lineup with all new episodes Thursday, Sept. 28 at 9 p.m.; each week, following their broadcast airing, new episodes will also be available to stream across the aforementioned digital platforms.

“As we gear up for the launch of the upcoming season premiere, I can’t think of a better way to reintroduce ‘Will & Grace’ to the cultural zeitgeist than by giving audiences the opportunity to watch this historic and hilarious series wherever and whenever they want,” said NBC Entertainment Chairman Robert Greenblatt.  “With its witty comebacks, pop-culture references and social commentary, ‘Will & Grace’ is one of the most binge-able comedies in television history, and I am certain fans both old and new will jump on this opportunity to devour it.”

“There’s no question that ’Will & Grace’ has resonated with audiences since the series made its broadcast premiere. To be able to bring such an iconic show into the streaming universe for the first time ever is an opportunity we couldn’t pass up,” said Joel Stillerman, Chief Content Officer, Hulu. “This landmark deal will allow fans to re-watch their favorite moments ahead of the series premiere, as well as bring ‘Will & Grace’ and its cast of characters to a whole new audience.”

George Lopez Promises President Trump Will Defintely Be The Butt Of More Than A Few jokes For ‘Comedy Get Down’ Series
FERDINAND – NEW Trailer and BIG NEWS!