NBC will ring in the New Year with the launch of two of its highest profile comedies on Monday, Jan. 4, but viewers will get an early look at both “Superstore” and “Telenovela” with sneak previews for two consecutive Mondays in late November and early December behind live episodes of “The Voice.”

On Monday, Nov. 30, two original episodes of the ensemble workplace comedy “Superstore,” starring Emmy winner America Ferrera, will air back-to-back from 10-11 p.m. ET following the two-hour telecast of NBC’s Emmy Award-winning musical competition “The Voice.” Back-to-back episodes of the behind-the-scenes comedy “Telenovela,” featuring Eva Longoria as the star of a hit Spanish soap opera, will air Dec. 7 from 10-11 p.m. following the penultimate Monday telecast of “The Voice.” Both series will then make their official launches on Monday, Jan. 4 with “Superstore” premiering at 8 p.m. and “Telenovela” at 8:30 p.m.

“We’re extremely excited about ‘Superstore’ and are so fortunate to have the incredibly talented America Ferrera, who won over the hearts of viewers and critics in ‘Ugly Betty,’ coming to NBC as a producer and star. She’s joined by a terrific ensemble in a comedy set in a location everyone in the country can really relate to,” said Jennifer Salke, President, NBC Entertainment. “We are also over the moon to have the incomparable ‘desperate housewife’ Eva Longoria producing and starring in ‘Telenovela,’ which we love. Her tour-de-force performance as Ana Sofia, the demanding but vulnerable star of a larger-than-life telenovela, is hilarious.”

“We’re also very fortunate to have a show like ‘The Voice’ to use as a lead-in that will expose these previews to millions of people, not to mention promotion in all of our highly rated holiday specials such as the Macy’s Thanksgiving Day Parade, the Thanksgiving night NFL game and, of course, ‘The Wiz Live!’” 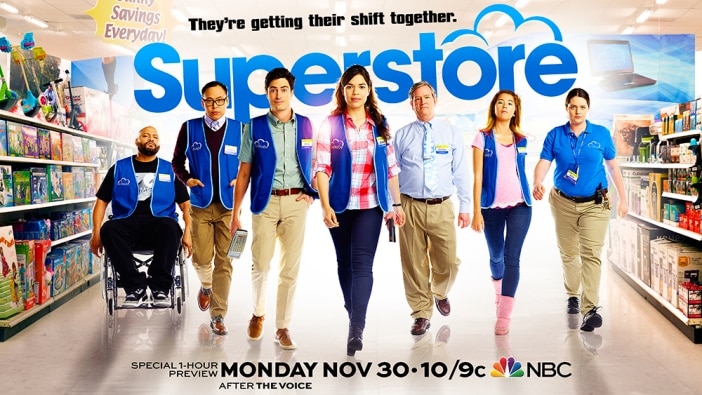 “SUPERSTORE”
America Ferrera (“Ugly Betty”) and Ben Feldman (“Mad Men,” “A to Z”) star in the hilarious workplace comedy “Superstore” (from the producer of “The Office”) about a unique family of employees at a super-sized megastore. “Superstore” centers around Amy (Ferrera), the store’s most stalwart employee as well as the glue holding the place together, and newly hired Jonah (Feldman), a naive dreamer determined to prove work doesn’t have to be boring. Their fellow associates include the sardonic Garrett (Colton Dunn, “Key and Peele”) the ambitious Mateo (Nico Santos, “Mulaney”) and the sweet pregnant teenager, Cheyenne (Nichole Bloom, “Shameless”). Overseeing them all are Glenn (Mark McKinney, “Kids in the Hall”) the store’s affable, clueless store manager, and Dina (Lauren Ash, “Super Fun Night”), the aggressive assistant manager who lives by a very specific code — namely the store’s employee handbook.

From the bright-eyed newbies and the seen-it-all veterans to the clueless summer hires and the in-it-for-life managers, together they hilariously tackle the day-to-day grind of rabid bargain hunters, riot-causing sales and nap-worthy training sessions.

“Superstore” was created and written by Justin Spitzer (“The Office”), who also serves as an executive producer with director Ruben Fleischer (“Gangster Squad”), David Bernad (“Enlightened”) and Gabe Miller & Jonathan Green (“The Office”). “Superstore” is produced by Universal Television, Angry Stickman Productions and The District. 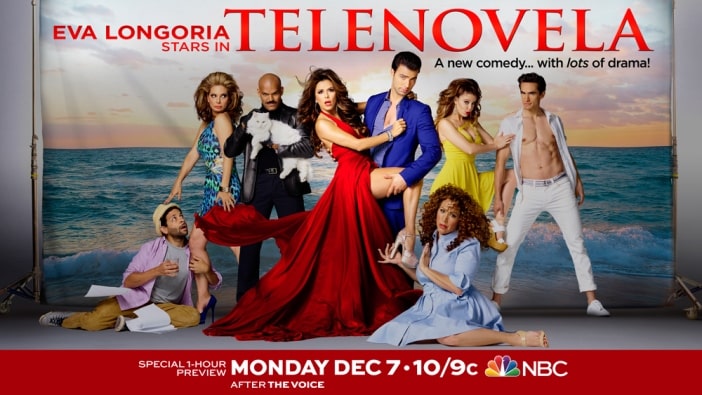 “TELENOVELA”
Eva Longoria (“Desperate Housewives”) stars in this big, fun and flashy half-hour comedy as Ana Sofia, the star of a popular Spanish language soap opera.  One problem, she doesn’t speak any Spanish. Other problems? Ana must manage a new boss, jealous castmates and high-maintenance best friends — and that’s all before her ex-husband is hired as her new on-screen love interest. Just like a real telenovela, this comedy is full of all kinds of drama, including love, hate, life and even death! Despite all the chaos, this telenovela’s cast and crew is a family … or, at least, they try to be.