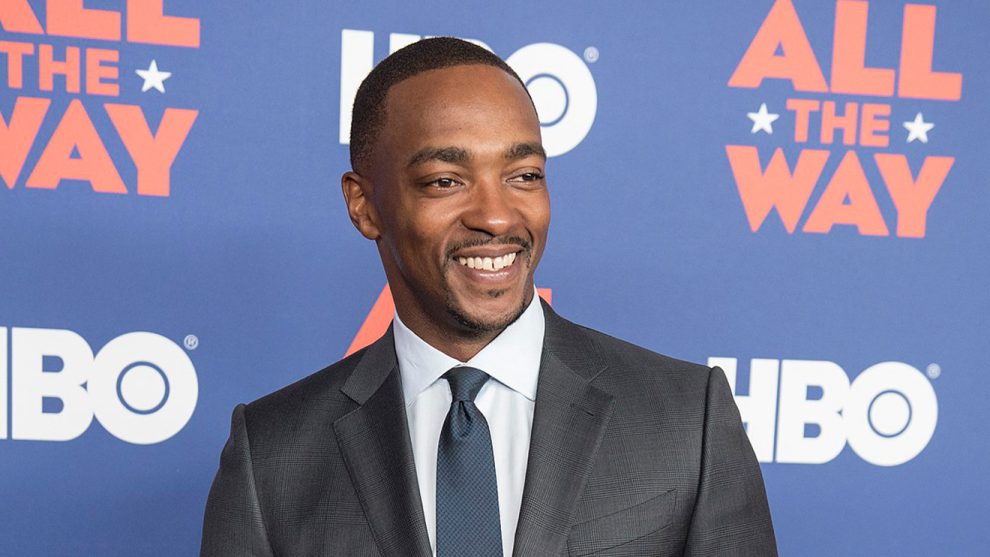 Netflix is bringing back sci-fi drama Altered Carbon for a second season with a new leading man.

Captain America star Anthony Mackie will take over the leading role of Takeshi Kovacs, stepping in for season one star Joel Kinnaman. Additionally, Alison Schapker (Scandal, The Flash, Fringe, Alias) has joined the drama from Skydance Television as co-showrunner alongside Laeta Kalogridis. A season two episode count or return date have not yet been determined for the pricey, effects-heavy drama.

Kinnaman toplined season one of Altered Carbon as Kovacs, a time- and body-displaced soldier-turned-reluctant detective who lives in a future world where human mortality has been conquered. Hundreds of years after his most recent death, Kovacs wakes up in a brand-new body (or “sleeve,” as it is called in the show’s universe) and is recruited to solve a murder. Kinnaman played the dual role of Kovacs and Ryker, a police officer framed for a crime he didn’t commit, whose “stack” (aka his soul) was removed from his sleeve pending further review. Using Ryker’s sleeve, Kovacs embarks on a long and violent quest to unmask a killer, with unexpectedly painful and personal results.

The season one finale ended with (spoiler alert) Kovacs surrendering Ryker’s sleeve to the authorities and assuming a new identity. The drama stopped short of revealing Kovacs’ new sleeve. Instead, his final appearance is as a silhouette, departing the futuristic Bay City for parts unknown.

Kinnaman, who had a one-year deal for Altered Carbon, confirmed his departure days after the freshman run debuted in February with news that he would star in a reboot of Hanna for Netflix rival Amazon. (Kinnaman will reunite with his Killing co-star, Mireille Enos in Hanna.)

In a larger sense, Altered Carbon — based on the Richard K. Morgan novels — explores the journey of Takeshi Kovacs over hundreds of years and across many different bodies (and planets). It allows the Netflix series to explore themes of identity, mortality and the human soul. Season two will see Mackie be the new embodiment of Kovacs, as the series continues to expand on these deeper themes and ideas across longer periods of times and different worlds throughout the universe.

For his part, Mackie has had roles in features The Hurt Locker, 8 Mile and All the Way and plays Sam Wilson/The Falcon in Marvel’s Captain America: The Winter Soldier, Avengers: Age of Ultron, Ant-Man, Captain America: Civil War and, most recently, Avengers: Infinity War. He will next be seen in The Hate U Give, due in October, and a remake of Miss Bala, set for January. He’s repped by UTA and Inspire Entertainment. Altered Carbon will be his TV series regular debut.

Schapker is with WME and Studio 71.